Friends upends SJCP for third straight in MIAA B 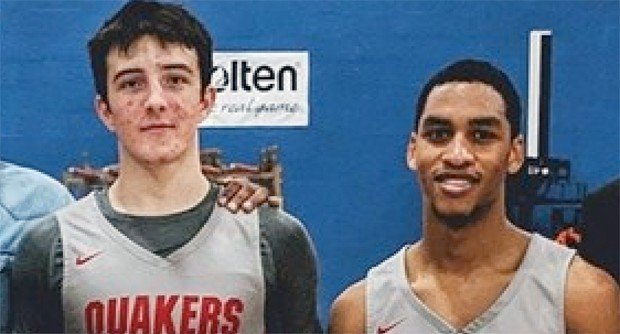 Friends School is on a roll in the MIAA B Conference, winning its third straight league contest, Friday, with a 56-55 victory over visiting St. John’s Catholic Prep.

The Quakers (8-10 overall) improved to 4-5 in the conference and are now within a game of St. John’s and Severn (both 5-4), which fell to St. Paul’s on Friday, for fourth place in the league. Friends also holds a one game lead over St. Mary’s (3-6) for the sixth and final playoff seed in the B Conference.

Chase Kirkwood had a monster game from Friends, posting a double-double with 21 points and 15 rebounds. Jaden Derry had a strong effort with 17 points and Jean Pierre Vassor, Jr. added 12 points.