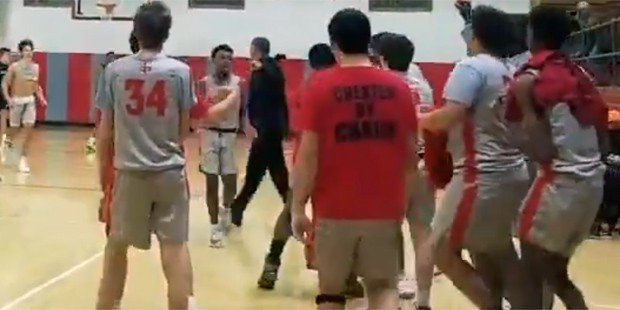 For the second consecutive night one of the leaders in the MIAA B Conference suffered a loss and this time it was first-place Archbishop Curley, as the Friars fell, 55-50, at Friends.

One night after second-place St. John’s Catholic Prep was beaten by Chapelgate Christian, 15th-ranked Curley had a chance to solidify its hold on the top spot, but the host Quakers had other plans, staging a fourth quarter rally to end Curley’s nine game winning streak and give the Friars their first league loss of the season.

Senior Jaden Derry was the star for the Quakers as he produced a double-double with 22 points and 10 rebound. Freshman Kedrick Curtis also came up big, adding 15 points.

Curley looked as if it might cruise to victory as it built a 26-16 halftime lead, but the Friends’ offense got hot in the second half and the Quakers had moved within four points, at 33-29, after three quarters. A three-pointer by Derry, with 6:10 remaining, pushed Friends on top 36-35 and the Friars were held scoreless for the next four minutes.

Both teams went on an offensive flurry over the final two minutes, with the Quakers able to maintain their five point lead at the finish.

Curley (17-5 overall) is now 8-1 in the B Conference and still leads SJCP by one game for the top spot. Friends (13-8 overall) improved to 6-3 in the league and currently has sole possession of third place.