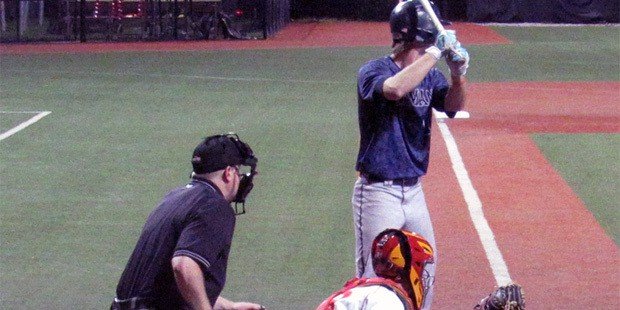 There was not much movement in the VSN Baseball Top 20 this week with only four ranked teams taking a hit in the State public school tournaments that got under way last week. Calvert Hall exited the Top 10 again falling from No. 6 to No. 11 and Loyola jumped in at No. 9 as a result of MIAA A Conference play. The top five teams remained pretty much the same and four of them are primed for expected head-to-head clashes in their respective situations while Gilman climbed back into the rankings and Kenwood makes its debut this week at No. 20. No. 18 Westminster suffered two losses and said goodbye.

Archbishop Curley (25-4) and John Carroll (19-4) remain one and two, respectively, as they jump into the MIAA A Conference Tournament this week after earning first round byes due to their records. If the No. 1 Friars and No. 2 Patriots win their A Conference games today (Mon. May 14) over No. 9 and defending champion Loyola (14-9) and No. 17 Gilman (13-12), respectively, the top two teams will do battle on Wednesday at Curley.

Fourth-seeded Loyola dropped fifth-seeded Spalding (15-13) from No. 15 to No. 18 with a 4-2 victory over the Cavaliers in the A Conference first round of the double elimination and into an elimination game today at Calvert Hall (17-9). The latter Cardinals were upset by Gilman (13-12) and slipped to No. 11 while the Greyhounds, who have won five of their last 7 games broke back in at No. 17.

Arundel (18-4) and Severna Park (18-3) traded places at Nos. 3 and 4 and both teams won their first game in the Class 4A East Section 1 and will meet for a fourth time tomorrow (May 15) at Arundel in the Section final. Severna Park moved up to No. 3 by winning the Anne Arundel County Championship game at Joe Cannon Stadium by 12-9 over Arundel and then Saturday belted a county record 7 dingers to post a wild 13-12 victory in 8 innings to prevent a major upset by Old Mill (13-8) in the 4A East Section 1 semis.

The Wildcats bounced back from the county championship game loss to blank a very good No. 16 North County ( 14-7) team that had knocked off the Cats, 5-3 earlier in the season. Arundel will be looking to even the season series at 2-2 with the Falcons tomorrow in Part 4 of the War. It could be a classic.

Marriotts Ridge (16-3) held onto No. 5 after its Class 2A South Section 1 5-0 semifinal triumph over Oakland Mills. The Howard County champion Mustangs are a solid contender for the 2A Final Four and will put themselves one win away from a Region title with a home win over Glenelg tomorrow for the Section title.

Moving in at No. 20 with River Hill, Kenwood’s Bluebirds posted two wins in the 3A North Section 1 and will put their 14-4 overall record on the line tomorrow at No. 8 Bel Air in the Section final. The Bluebirds who won their only state championship back in 1978 under coach Carroll Hess in Class AA which is now 4A, does not play a tough schedule in the Baltimore County Division II but has won 10 of their last 11 games.

Their last two wins by 4-3 over Edgewood and 8-7 over Aberdeen of the UCBAC were no pieces of cake and gained them a lot of creditability to earn their debut.

Finally, No. 10 Patterson Mill (16-5), one of the powers in the UCBAC, posted two wins in the Class 1A East Section 1 to advance to tomorrow’s section final at a loaded Colonel Richardson High School (18-2) that is the top seed. If the Huskies are able to get by that one, defending 1A State Champion and perennial contender St. Michael’s with 5 state titles under coach Brian Femi will likely be awaiting in the Region Final.

Patterson Mill was eliminated by St. Michael’s in last year’s State semis. The Huskies are in tough but coach Matt Roseland will have them ready to play and we have learned that nothing is guaranteed in this 2018 baseball season.

Editor’s Note: The VSN Baseball Top is compiled by veteran high school baseball writer and historian Pat O’Malley. He welcomes input from coaches on the poll. He can be reached at 410-647-2499 or patomalleysports@aol.com.

Here is the entire VSN Baseball Top 20 for week 7:

Last week: lost to then No. 6 Calvert Hall, 9-4; bye as No. 1 seed MIAA A Conference Tournament

This week: at No. 1 Seed Archbishop Curley, 2nd Round MIAA A Conference Tournament, 5-14

This week: at Colonel Richardson Class 1A East Section 1 Final, 5-15

This week: vs. No. 18 Archbishop Spalding, Elimination game MIAA A Conference Tournament, 5-14

This week: at Stephen Decatur Class 3A East Section 1 Final, 5-15

This week: at No. 2 John Carroll, 2nd Round MIAA A Conference Tournament, 5-14

This week: at No. 11 Calvert Hall, Elimination game MIAA A Conference Tournament,
5-14

Last week: lost to then No. 7 Howard, 4-1 Class 4A North Section 1 semifinals 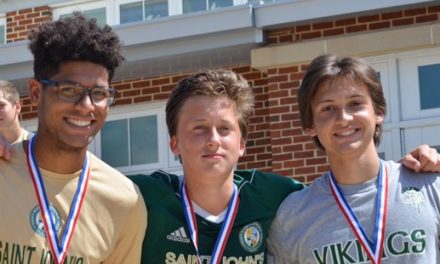