Undefeated Archbishop Curley enters at No. 19; two Top 10 showdowns on tap this week 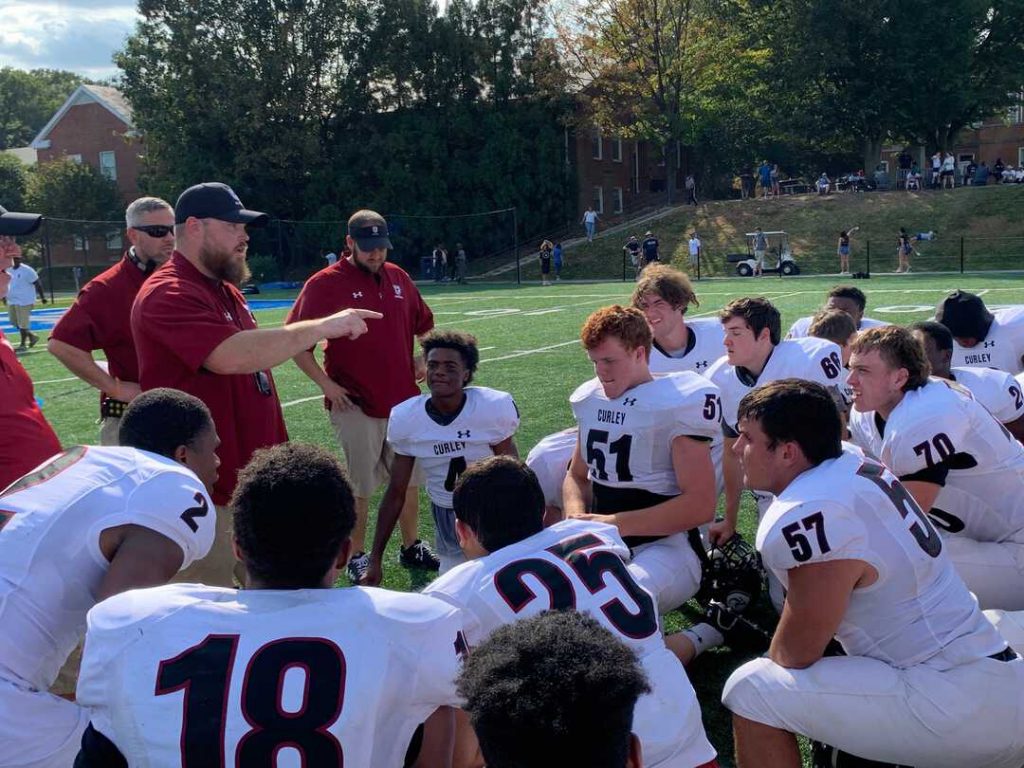 After a landmark victory, Archbishop Curley High is the newest team in VSN’s Football Top 20.

The No. 19 Friars debut after a 33-9 victory over Gilman School, believed to be the Northeast Baltimore City school’s first triumph over the Greyhounds in about 50 years. Curley joins Concordia Prep (14th) and No. 16 St. Mary’s as MIAA B squads in this week’s Top 20.

The A Conference dominates the Top 5 with Mount St. Joseph, Calvert Hall College, Archbishop Spalding and McDonogh School holding spots two through five. St. Frances, which claimed the past two MIAA A titles before opting to play an independent schedule and not be eligible for postseason play this season, is No. 1.

MIAA A play starts this week with second-ranked Mount St. Joseph visiting No. 3 Calvert Hall. St. Mary’s, the two-time reigning MIAA B champs, will take on Curley in a Friday evening match in the city.

No. 7 Milford Mill Academy and sixth-ranked Franklin, the premier rivalry in Baltimore County, will be renewed Friday. In another Top 20 match under the lights, 18th-ranked and undefeated South River visits No. 15 Arundel in Anne Arundel County.

This week: vs. Southwestern, Sept. 27

This week: at Westminster, Sept. 27

This week: at Marriotts Ridge, Sept. 27

This week: at No. xx Archbishop Curley, Sept. 27