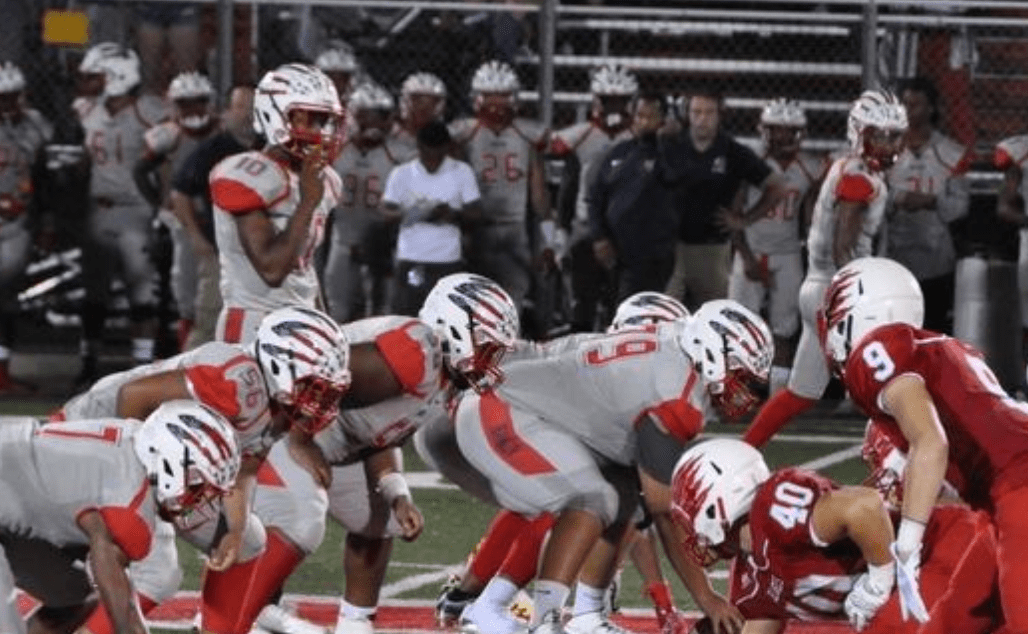 Kearney hauls in four TD receptions for the fourth-ranked Indians

On the road in Delaware Friday night, No. 4 Franklin employed a big-play passing game to upend host Smyrna, 38-28, as two Franklin quarterback combined to throw four touchdown passes, all to senior wide out Assanti Kearney.

Junior quarterback Emery Avery II got things going, after the Indians had fallen behind 8-0, with a 72-yard bomb to Kearney, in the first quarter.

Franklin (2-1) took the lead for good with a 40-yard touchdown pass from senior Larry Smith to Kearney, in the second quarter, and Franklin went to the half with a 14-8 advantage.

Neither team scored in the third quarter, but Franklin opened the fourth period with a 21-yard field goal from Jake Hermann. Smyrna pulled within two points, at 17-14, with a long touchdown run, but Smith found Kearney again, this time for a 56-yard score, and Franklin added five-yard touchdown run by senior Jordan Dixon to increase its lead to 31-14.

Smyrna ran back the ensuing kickoff 75 yards for a touchdown and added one other late score, but in between Franklin scored on a 36-yard pass from Smith to Kearney to lock down the victory.