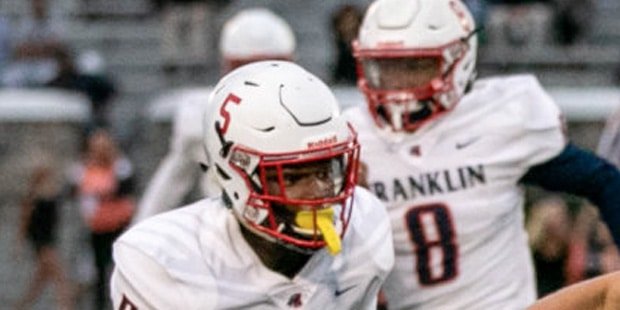 No. 5 Indians make quick work of Edgewood in 3A North opener

No. 5 Franklin has played a high level all season, but the Indians have another gear reserved for the post-season and they put that on display, Friday night, as they dispatched visiting Edgewood, 54-0, in the first round of the 3A North Regional playoffs, in Reisterstown.

Senior running back Kennedy Fauntleroy and Von Reames each rushed for a pair of touchdowns and combined for 187 yards on the ground to pace the win. Reames rolled off a game-high 106-yards on just five carries, scoring from 51 yards our in the first quarter and 13-yards out to end the first half.

Fauntleroy, who finished with 81 yards rushing, scored the first of 19 first quarter points for Franklin with a 9-yard touchdown run on the opening drive. By the end of the first half, the Indians owned a 40-0 lead, which included a 23-yard pick six by DJ Frazier and a 55-yard punt return for a touchdown by Rodney Nelson.

With a running clock rolling for the entire second half, Franklin’s reserves closed out the win. Nelson added a second score with a 27-yard run on offense and Malik Benson found the end zone with a 67-yard reception from Qinten Demery.

Franklin (8-2) will be at home again next Friday as it hosts Baltimore County rival Dundalk in a second-round regional battle. The Owls (7-3) advanced with a 33-0 home win over C. Milton Wright (5-5). Edgewood concluded its season at 5-5.

3A NORTH REGION FIRST ROUND
(AT FRANKLIN)
NO. 5 FRANKLIN 54, EDGEWOOD 0