Four new members earn the call to the AACO Hall 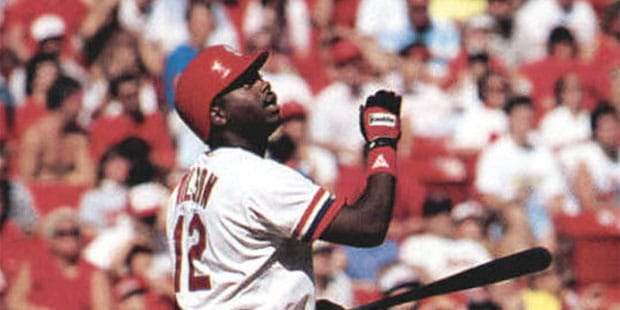 Wilson, Hasselhoff, Sharps and Papetti to be enshrined in October

Two of the finest baseball players to come out of Anne Arundel County, one of the All-time great running backs and a revered, legendary football coach headline the 29th Anne Arundel County Sports Hall of Fame Banquet and Induction ceremony set for October 16 at Michael’s 8th Avenue in Glen Burnie.

Craig Wilson of Annapolis High school, a standout two-sport athlete in football and baseball, went onto play baseball at Anne Arundel Community College and was selected in the 20th round of the 1984 MLB draft by the St. Louis Cardinals. Wilson, a shortstop, would play four seasons in the Big Show with the Redbirds and one season with the Kansas City Royals.

Wilson was named to the 1980’s All-Decade Team for the Metro Area published by Press Box and selected by Pat O’Malley and Keith Mills, two members of this Hall of Fame who annually co-emcee the banquet.

Derek Hasselhoff of Pasadena and Chesapeake High school was a late bloomer in baseball at Towson State University and joins Wilson as the other notable baseball player in this year’s class. Hasselhoff was more recognized as a shortstop in high school where he was named 2nd Team All-Anne Arundel County in 1991 after batting .406.

At Towson State, Hasselhoff developed into a pro-prospect as a right-handed pitcher and was selected by the Chicago White Sox in the 17th round of the 1995 MLB draft. He would play eight seasons in the minors, the last six at the AAA level, one step from the bigs as an impressive reliever with a career record of 45-21 with 52 saves and a 3.68 ERA.

Tanardo Sharps was one of the greatest tailbacks to ever play in Anne Arundel County and the metro area for that matter. He was a record setter at Meade High school before going onto leading Temple University in rushing three consecutive seasons.

At Temple, the 5-foot-11 and 185-pound Sharps rushed for 3,663 yards, the third highest career total for the Owls and scored 22 TD’s. He trailed only former NFL backs Paul Palmer and Bernard Pierce, who played three of his six pro seasons with the Ravens.

Joe Papetti, who started the football programs at both Glen Burnie and South River, finished with the fourth most career wins in Anne Arundel history at 154 (154-81-3). The New York native who played on the 1953 West Virginia Sugar Bowl team before coming to Maryland to teach and coach football at Glen Burnie, is one of nine coaches in Anne Arundel history to post 100 career wins.

Papetti led the 1967 Glen Burnie football team to a perfect 10-0 record after starting the Gophers’ program three years before. One of his proteges during that tenure was 1997 AAC HOF inductee, former NFL lineman Wayne Fowler. Moving to South River in Edgewater, Papetti started his second high school program in Anne Arundel with the Seahawks in 1978.

The football stadium at South River was named Papetti Field in 1986 after his retirement and Papetti was inducted into the Maryland Scholastic Football Coaches Association Hall of Fame three years later.

In addition to the four inductees, two special awards for contributions to Anne Arundel County sports will be presented at the ceremony to long-time volunteers in CJ Holler and Chip Bullen.

Holler will receive the County Executive Award for his volunteer hours given mainly in North County in baseball and softball while Bullen anchored the Hero’s Lacrosse summer program for over 20 years in the county. To the dismay of many, the Hero’s program ended this year after a lack of participation in recent years.

Pictured above: Former major leaguer and Annapolis High football and baseball star Craig Wilson is among four members of the Class of 2019 which will be inducted into the Anne Arundel County Athletic Hall of Fame in October.