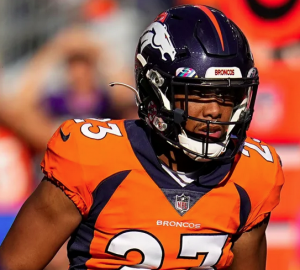 Fuller, a cornerback, started 10 of 16 games last season with the Denver Broncos with whom he signed a one year deal. He was originally drafted by the Chicago Bears in the first round of the 2014 NFL draft, after standout college career at Virginia Tech.

During his first six seasons in the league, all with the Bears, Fuller intercepted 19 passes and went to back-to-back Pro Bowls in 2018 and 2019. He is expected to provide a veteran presence and depth to talented Ravens’ secondary

At St. Joe, he missed the majority of his senior year with a finger injury, but he had four interceptions as a junior, including two which he returned for touchdowns. He also scored on a punt return and a kickoff return during his junior year.