Glenelg’s Owens and Lee from St. Frances are VSN’s best in football; Burgos claims Coach of the Year honor 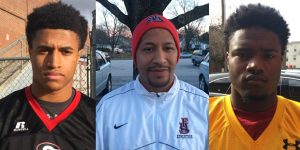 The 2018 football season saw records shattered and return to dominance for several programs.

Shane Lee was at the center of another impressive season by St. Frances Academy. The senior is VSN’s Defensive Player of the Year.

Anthony Burgos rebounded from a disappointing 2017 to lead Franklin back to state champion status. The veteran leader is VSN’s Coach of the Year. 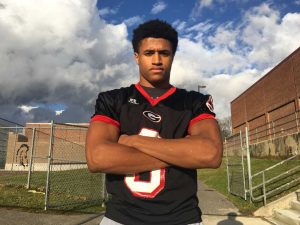 “Throughout the week, no one told me he wasn’t going to play and the coaches knew that. They didn’t want to know because they didn’t want to be nervous,” said Owens. “Right before kickoff, I was told and I was nervous. Coach [Butch] Schaeffer put two guys in ahead of me.

On the third play, he put me in and I guess that where’s it all began.”

Owens carried 29 times for 215 yards as Glenelg routed Chesapeake-Anne Arundel. It was the start of one of the most decorated prep rushing careers in recent memory. Owens is VSN’s Offensive Player of the Year for the 2018 football season.

The 5-foot-11, 185-pounder rushed for 2,687 yards and 40 touchdowns – both Howard County single-season records. The Gladiators (13-1 overall) won the Howard County championship and advanced to the state final (Class 2A) for the first time in school history.

After an injury-marred 2017 campaign, Owens reinvented himself, enlisting a personal trainer to improve his speed and acceleration. He posted eight 200-yard rushing performances in 2018.

Owens finished his career with 6,361 yards and 81 touchdowns. Only former Dunbar star Tavon Austin, who’s currently playing in the NFL with the Dallas Cowboys, has more than in state prep history. Austin had 7,962 yards and

Owens credited his success to his teammates during his record-setting varsity career.

“He’s a leader in everything we do,” said Schaeffer, who stepped down shortly after season’s end after 13 seasons, “but you wouldn’t know he’s one of the top players in the area when you talk to him.”

Owens, who possesses a weighed 4.57 GPA, will play for Yale University in the coming fall. 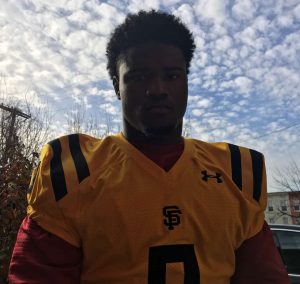 Shane Lee was the perfect person to be the on-field leader St. Frances Academy football team in 2018. Quiet and stoic, Lee, VSN Defensive Player of the Year, was a calming influence in a tumultuous stretch for the East Baltimore private school.

It started late last spring when the Panthers’ fellow MIAA A Conference members opted not play to them, citing safety and competitive issues. St. Frances, which was awarded MIAA A title by the league’s Executive Board before the start of preseason practice, was left to play a national schedule.

“We focus on us. We practice hard and stay together,” said Lee. “We believed nobody could beat us.”

The Panthers (10-0) were again the consensus No. 1 team in the area (4th nationally by USA Today) in 2018. Lee, the nation’s top inside linebacker in the Class of 2019 by ESPN, posted 61 tackles, 4 1/2 quarterback sacks, five forced fumbles, one fumble recovery.

Lee, a 6-foot-1 and 245-pounder who was nicknamed “The Hulk” as a precocious freshman reserve linebacker at Gilman School, lived up to the status.

“He’s a special player, special person. He’s the type of kid you want your daughter to marry,” said St. Frances co-coach Henry Russell. “He does it all on the field. He’s way more athletic than he should be for his size.

That rare combination of size and speed, then put on a person who’s a student of the game…that’s where he’s taken the biggest steps over his four years. This year, he maxed out.”

Lee, who played in the Under Armour All-American game last month, will play for the University of Alabama in the fall. 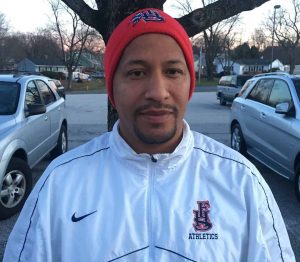 It was an October regular season match with Baltimore County rival Milford Mill Academy, a team it hadn’t lost to since 2012. The Indians led 21-6 in the fourth quarter.

Then was a scuffle between teammates on the Indian sidelines. Then Milford scored 20 unanswered points for a stunning comeback victory.

“That was a moment of clarity for me and figuring out what direction our program was going in,” said Burgos. “We had to look back and evaluate what we’re doing as far from character development and make sure we’re instilling the moral values we want in our players.”

2018 brought new distractions, but Franklin displayed a steely resolve. For Burgos, VSN’s Football Coach of the Year, it may have been his finest season in Reisterstown.

Before the start of the regular season, Franklin’s projected starting quarterback transferred. With several other key players opting not to return, Burgos had to lean more on younger players to fill the void.

“We had a lot of movements in the offseason and it was designed. We were trying to make sure we’re getting the right character kids and kids who wanted to reach the same goals we wanted,” said Burgos. “The situation going into our first game was what we needed for the team to say let’s really push, believe in the process. The process isn’t going to be easy, but if you believe in it, anything is possible.”