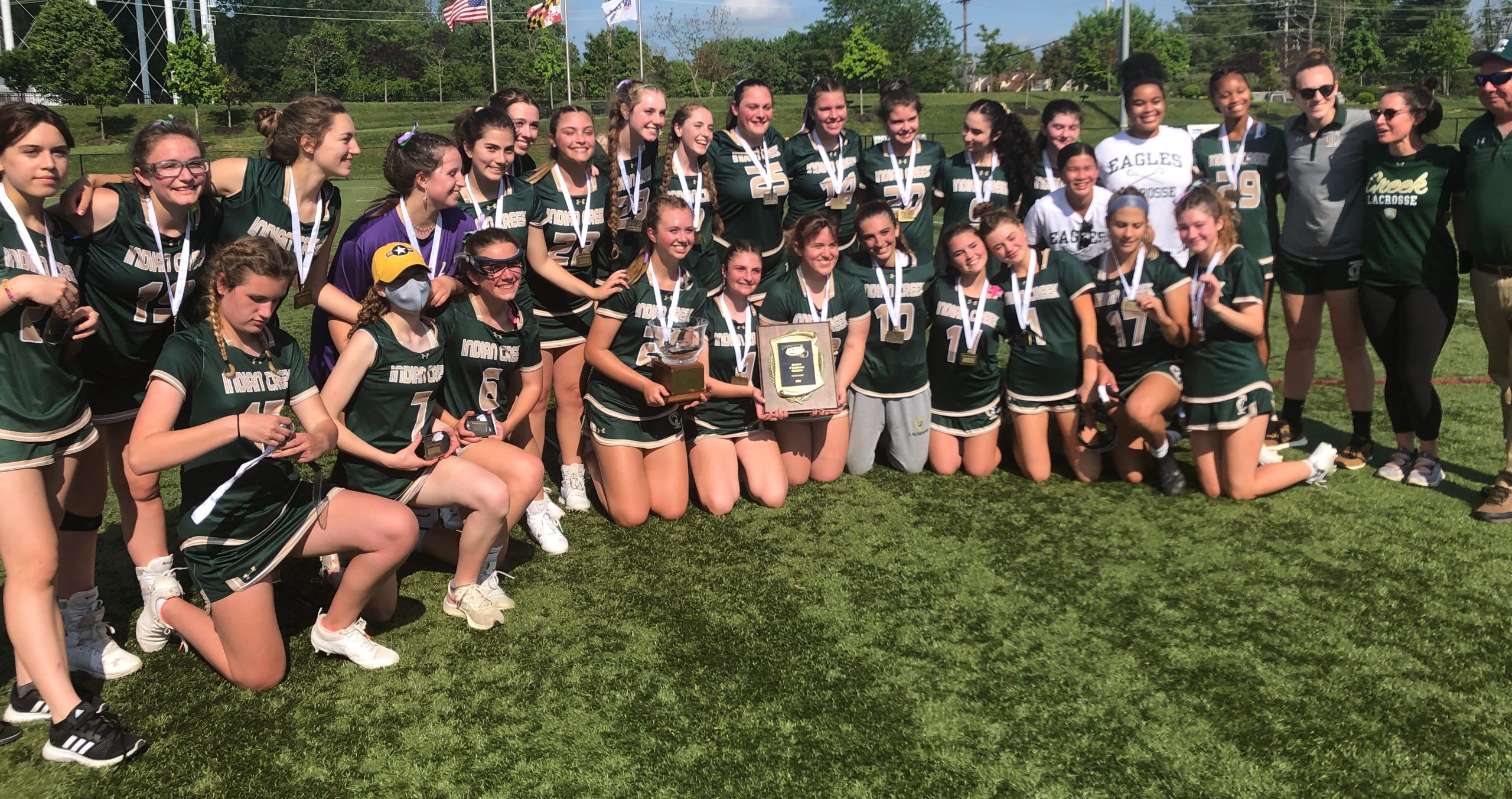 Nearly a year ago on the Tierney turf field, the Crownsville school (12-2) celebrated its first crown since 2014 with coach Steve Willett.

Willett, a beloved mentor in the Indian Creek and Anne Arundel lacrosse communities, died this past November from complications of pancreatic cancer.

“It means a lot…We also really wanted to do this for him, for coach Willett, and it feels really good to go back-to-back,” said Indian Creek goalkeeper Elia Alewine. “It’s exciting.”

Alewine stopped eight shots Sunday, part of a defensive effort that limited Beth T’filoh to half its output in its regular season decision (10-9) over the Eagles in late March. The offense, led by Mia Putzi and freshman Abbey Bunker, combined for seven goals for a decisive 11-3 halftime advantage.

Putzi netted four of her game-high five goals and dished out two of her team-high four assists in the opening 25 minutes while Bunker entered the break with a hat trick and finished with four goals and an assist for the match.

“We wanted to come back here and have this exact feeling,” Putzi said. “That’s been our message all year. We wanted to not only honor Coach Willett last year but then kind of ring in the new and start a new tradition and here we are, two years in a row.” 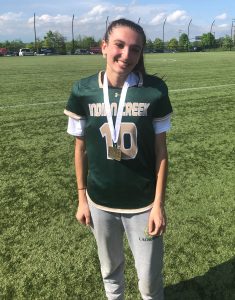 Bunker opened the game’s scoring with a spinning shot about 2 ½ minutes into the contest that was followed by a pair of free-position goals by Putzi and Avery Barnhill for an early 3-0 lead. Alexa Grossman (three goals) stopped that mini-run with Beth T’filoh’s first goal off an assist from Paige Glick (four assists), but the Eagles responded with six unanswered goals for an imposing 9-1 advantage with 4:36 remaining in the first half. Putzi sparked that onslaught with two goals and an assist.

“I think our defense shined through,” Putzi said. “We had a pretty strategic plan in place, and they really came through. Elia was fantastic in the goal as well as our four defenders and midfielders. My teammates did a great job getting open. They did a great job of finding the back of the net.”

As did Putzi, who fired home two more goals to stop a mini-run, two-goal run by the Warriors (9-1) on shots by Sabrina Tepper and Grossman for the eight-goal halftime lead.

“We made a lot of adjustments, obviously (from the first meeting),” Eagles coach Danielle Stanton said. “Honestly, that first game, we killed ourselves with turnovers. We just weren’t taking care of the ball. I think we turned it over 17 times. We were not clearing. We were clearing to the other team in the first game. The next day, we watched the film and I said, “Look, we lost yesterday. Today, we’re going to learn. Tomorrow, we’re going to fix it, and they fixed it, and that was the difference.”

Hampered by the seasonably warm temperatures and few substitutions on either side, the match was played at a much slower pace for the first 10 minutes of the second half as Grossman temporarily trimmed the deficit to 11-4. The Eagles, however, put the championship squarely into their collective back pockets with six straight goals for a 17-4 lead late in the match.

Putzi supplied a goal and two assists during that offensive explosion as Indian Creek did an excellent job of finding teammates cutting toward the goal for one point-blank shot after the other.

After winning its first nine matches, Beth T’filoh saw its bid for perfection, as well as a first IAAM lacrosse title, come to a nightmarish end Sunday.

“First of all, our seniors are in Israel,” Warriors coach Ed Levy said. “We lost two key players. I don’t want to make excuses. It’s only two of them, but when you have a squad of 15, it’s a lot. (Indian Creek) played really, really well today, and we didn’t play up to our potential. It’s just that simple. God-willing, . . . we’ll be back and turn it around.”