No. 17 Annapolis undone by Wise’s second half push in 4A state boys basketball Elite Eight; Pratt finishes with 24 (VIDEO HERE!) 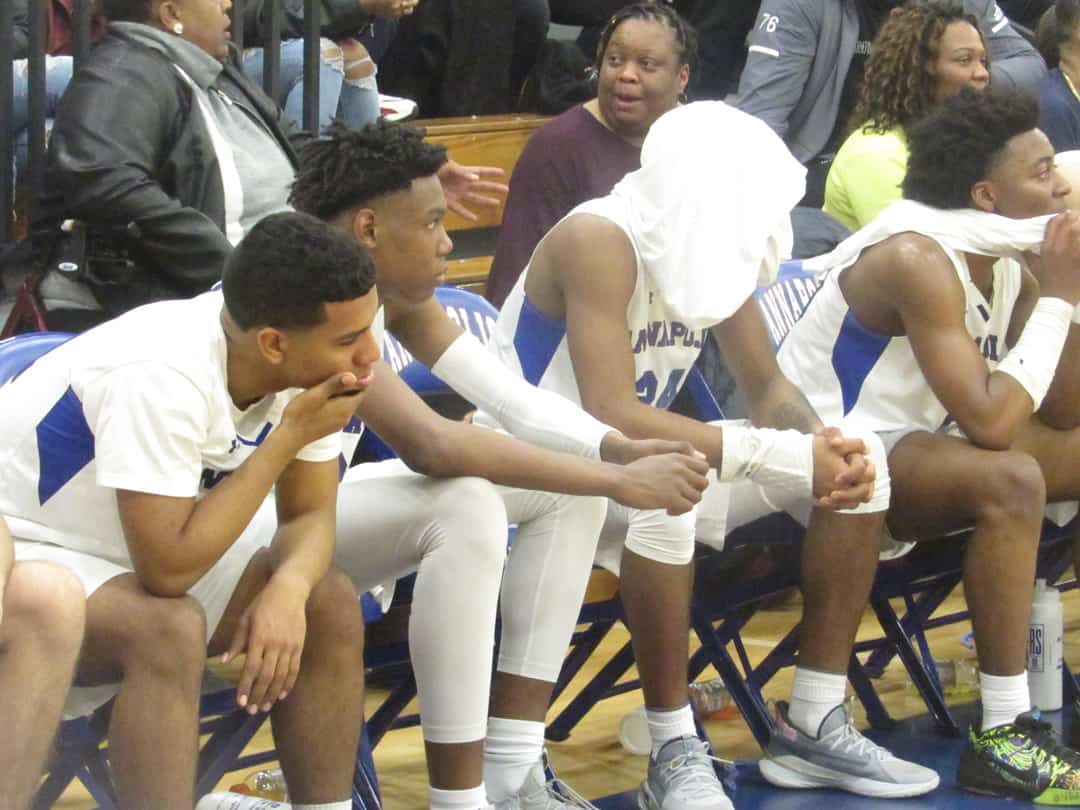 Annapolis High’s boys basketball team did what it needed to do in the regular season to earn a high seed and home games in the playoffs. The reward for the 17th-ranked Panthers was a home game in the Class 4A state quarterfinals as one of the top four seeds in the classification.

While the Panthers did what they needed to do on the court throughout the season, their good fortune ran out when it came time to break a tie for the top four teams in Class 4A. By virtue a coin toss, Annapolis was awarded the No. 4 seed, which meant a home game with perennial state power Prince George’s County’s Henry A. Wise on Saturday night.

The Panthers went toe to toe with the Pumas for the first two and a half quarters, but one run from Wise midway through the third was all it needed to begin to pull away for a 72-62 victory.

After the game was tied at 36 midway through the third quarter, Wise used a 9-1 run and took the lead for good. The Pumas pushed the lead to 11 after three quarters and led by as many as 17 in the fourth.

“Our half court defense wasn’t bad at all,” Annapolis coach Dan Smalley said. “We were giving up fast breaks and weren’t getting back. I don’t think they realized how quick Wise was in terms of getting the ball down, and it showed in that run.”

Prior to the third-quarter run by the Pumas, the game was tight through the first half and the beginning of the second. The lead changed hand seven times in the first half and the teams went into halftime tied at 30. The Panthers took their last lead at 36-34 three minutes into the third quarter, but Wise responded with four quick points to go up by two. After a free throw from Annapolis’ Craig Pratt, Wise went on a 7-0 run and built an eight-point lead.

“We got some steals and some easy layups,” Wise coach Lou Wilson said. “Our press really got us going.”

Trey Thomas hit a pair of 3-pointers in the third quarter and finished with a game-high 30 points. Eight of his points came in the fourth quarter and helped the Pumas maintain a comfortable lead. Jalen Ruston followed with 13 points and Kejuan Franger and Jalil Farooq each followed with 10.

Pratt closed his Annapolis career by leading the Panthers with 24 points, followed by Malik Carroll with 17. Most of Carroll’s field goals came within a few feet of the basket and he more than held his own against Wise’s size down low.

“He was the best player on the court I thought today,” Smalley said. “It was just a matter of him getting as much minutes as possible.”

Annapolis (19-4) actually finished in a four-way tie for the top spot in the state with Richard Montgomery, Springbrook and Parkville. Due to the series of coin tosses that didn’t go its way, it ended up with the least favorable matchup of the top teams.

“It’s pretty frustrating,” Smalley said. “It was a little unlucky that way. In the end, though, in the third quarter we just kind of fell apart a little bit and didn’t get back on defense.”