Five-run fifth is decisive for Gerstell 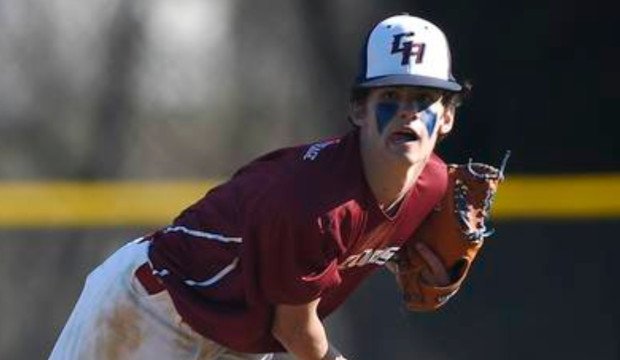 On the road at Century, Gerstell Academy scored five times in the fourth inning to grab the lead and the Falcons went on to defeat the host Knights, 7-4, in non-conference baseball action on Friday.

Trailing 3-1, the Falcons sent eight batters to the plate in the fourth. Landon Bell doubled home the first run of the inning and came around to score, along with Gavin Larson, on a two-run error. Dylan Nee then stepped to the plate and drove a two-run home run to right field to give the Falcons a 6-3 lead.

Tyler Stuck led off the Gerstell seventh with a single and later scored when Bell reached on an error. Travis Smith also had an RBI single for Gerstell in the third.

Century spoiled a big day for Collin Perrier who hit solo home runs in the first and third innings. Ryan Matthews also added an RBI single in the sixth for the Knights.

Nee was also the winning pitcher after tossing 2.2 innings of relief, allowing one run and one hit. Smith got the save with 1.1 innings of work, recording four strikeouts.

Pictured above: Dylan Nee hit a home run and earned the win on the mound with a strong relief appearance.