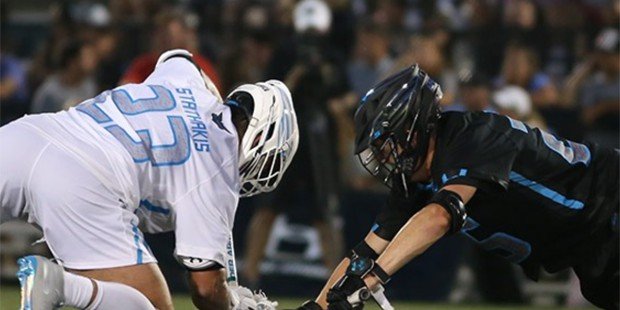 The Under Armour All-American Lacrosse Game, which was cancelled in 2020 because of the COVID-19 pandemic, is scheduled to return this summer and Under Armour, in conjunction with Corrigan Sports Enterprises and Inside Lacrosse, has released the first wave of players to appear in the boys and girls games.

The boys and girls All-American double-header is scheduled to take place on July 31st at Johns Hopkins University’s Homewood Field. As always, the stars will be divided into North and South rosters and we now know the first 11 players who will appear in each game.

Thus far only one local product has been named the boys game at that is McDonogh midfielder Dante Trader. Trader, who is committed to the University of Maryland is part of an Eagles’ squad which is currently undefeated and in first place in the MIAA A Conference.

On the girls’ side nearly half of the first wave of releases are from the Baltimore area, including three from the IAAM and two from area public schools.

There will be three more waves announced for each game between now and June 11, when the official rosters for the North and South teams will be announced.

Wave I: Boys’ Under Armour All-Americans

Wave I: Girls’ Under Armour All-Americans