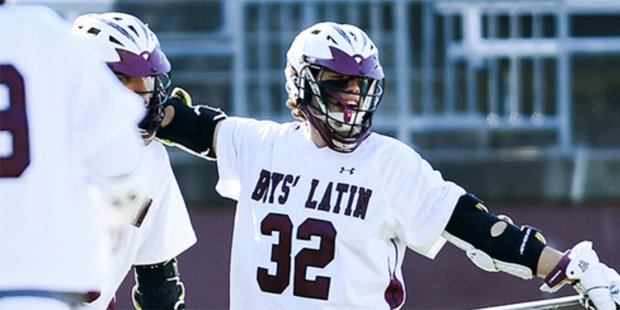 BL’s Smith and St. Mary’s South added to the boys’ game; SPSG’s McElwee named on the girls’ side

The fourth and final wave of Under Armour Lacrosse All-Americans was announced on Tuesday, with three more locals named All-Americans and they will play in the Senior All-American Games on July 31st at Johns Hopkins’ Homewood Field.

Attackman Ben Smith of Boys’ Latin, who is headed to the University of Pennsylvania, and and Colin Burlace of St. Mary’s, who will attend the University of Maryland, were named to the boys’ game, while Caitlin McElwee of St. Paul’s School for Girls, a James Madison signee, will play in the girls’ game.

Pictured above: Boys’ Latin’s Ben Smith, who helped lead the Lakers to the 2021 MIAA A Conference lacrosse championship, has been named a 2021 Under Armour Senior All-American.

Here is the complete list of Baltimore area players who play in the 16th annual Under Armour All-American Classic.