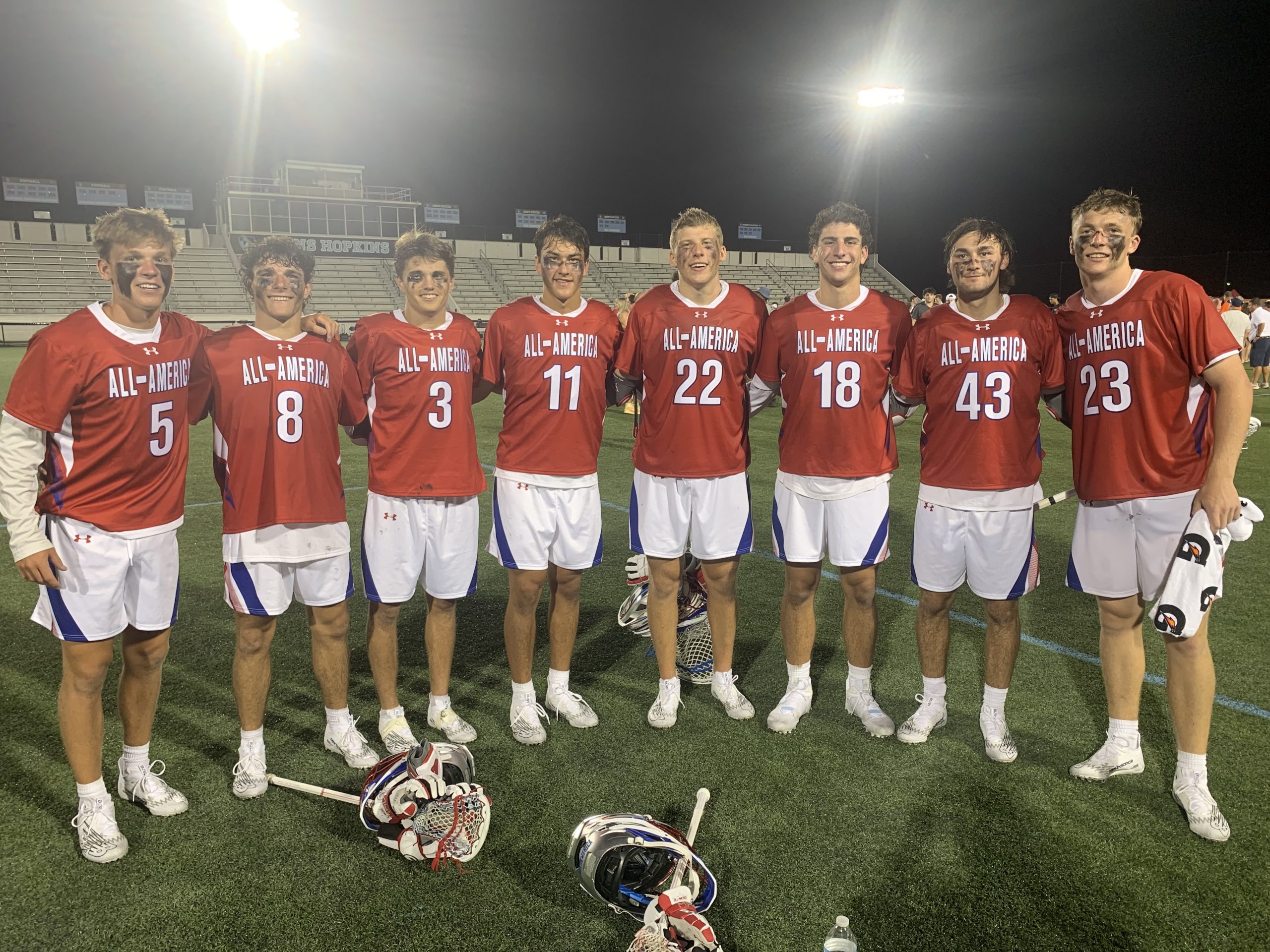 With a selection of post-goal celebrations on a dry erase board on its sideline, the South was going to have fun in Saturday’s All-America Boys Lacrosse Classic.

In the end, the North had the last laugh, claiming a 22-16 decision in front of 4,143 at Johns Hopkins University’s Homewood Field.

Joey Spallina, the nation’s No. 1 prospect according to Inside Lacrosse, had four goals and two assists for the North squad. The Syracuse-bound Spallina, who starred for Mount Sinai High in New York’s Long Island region, was the game’s Most Valuable Player.

Weisshaar, who helped the Cavaliers emerge as a force in the MIAA A Conference after years of irrelevance, was humbled by the opportunity to play in the penultimate event in high school lacrosse.

“I’ve been watching these games since I was little and it’s kind of surreal…now I’m playing in it,” said Weisshaar, who was the C. Markland Kelly Award recipient as a junior last year. “It was a great time.”

Weisshaar, who will play for Towson University next spring, had a goal Saturday. Wray, bound to Georgetown, scored twice while former Cardinal mate and future Virginia attack Sunderland finished with a goal and three assists.

Pietramala, last season’s VSN Offensive Player of the Year and this year’s C. Markland Kelly Award winner, had a goal and an assist.

It was kind of bittersweet for Pietramala, who played his final high school game on the field he spent most of his time as a little kid watching his father Dave coach the Johns Hopkins’ men’s squad.

“When I was young, I was sitting outside his office and told him I would play in this (All-America game) one day,” said Pietramala. “Just accomplishing that and the surrality of this game is so special.”

Pietramala, who will play for North Carolina next spring, gave the South a 12-10 advantage with an unassisted tally late in the second quarter. After his score, Pietramala and some of his South mates did a group pose near the sidelines, one of several preplanned antics.

The North answered with four unanswered tallies before the South pulled even at 14 midway in the third on Wray’s second score off a feed from Sunderland. The lead lasted about 30 seconds as the North put together another four-goal assault and never trailed again.

Larkin, a defenseman bound to reigning national champ Maryland next spring, had a goal and an assist along with four ground balls. Ruppel, the area’s top public school performer also headed to College Park, stopped six shots in the opening half, and Stoller (Rutgers) had nine saves in the final 30 minutes.

Though there was only one practice Friday afternoon and formal dinner Friday evening, Pietramala said there was chemistry and comradery.

“When you think of an all-star game, you think of high-talent players and egos sometimes get involved, but this is honestly a great experience,” said Pietramala. “I couldn’t be more thankful for the friends I’ve made and the teamwork we put together.”