No. 6 Broadneck unable to hold halftime lead, falls in OT to Flowers in 4A state football quarterfinals 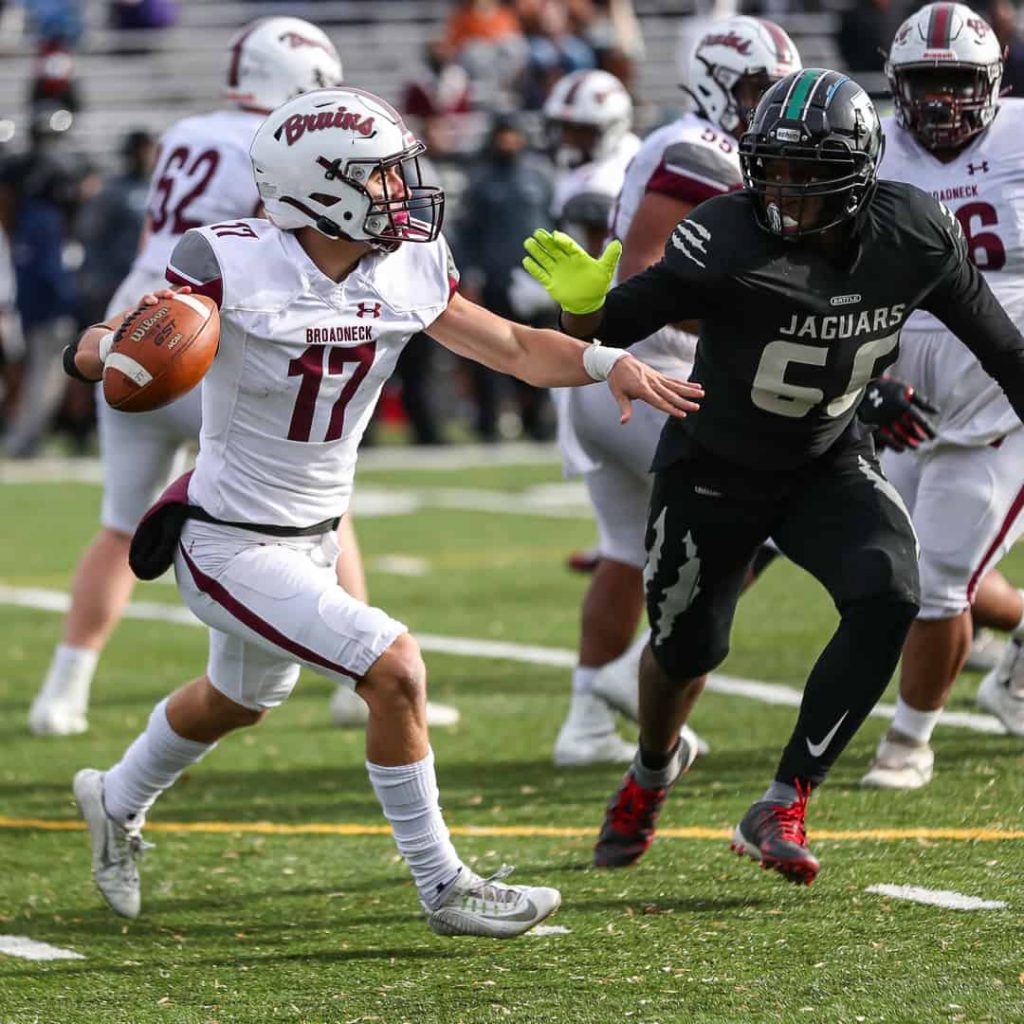 Broadneck quarterback Josh Ehrlich looks to throw as Flowers defender gives chase during Saturday’s Class 4A state football quarterfinal contest. The No. 6 Bruins enjoyed a 16-point halftime lead, but Flowers rallied in the second half, tying it on a field goal at the end of regulation before winning in overtime, 43-36, in Prince George’s County. (photo – Sports Majors)

Then came a nightmarish second half, but the No. 6 Bruins regrouped and went to overtime. After an emotional roller coaster for five quarters, Broadneck’s season came to a painful end.

The wait continues for Broadneck (8-2), which last reached a state final in 2003 (4A). The Bruins, who opened the season against Archbishop Spalding, which went undefeated in the regular season, and handled Montgomery County private stronghold Bullis Prep, believed they had the experience and talent to earn a 15-minute bus ride to Navy-Marine Corps Memorial Stadium for the 4A final in two weeks.

In the end, Broadneck couldn’t put together 48 solid minutes.

After giving up 21 unanswered points to fall behind, 33-28, Broadneck got off the proverbial mat with its best drive Saturday. The Cape St. Claire school marched 87 yards in 14 plays and regained the lead as Josh Ehrlich connected with tight end Nate Levicki on a seven-yard touchdown strike.

Ehrlich hit Machi Evans for the two-point conversion to lift the Bruins’ lead to 36-33 with 3:28 remaining in regulation.

The defense, however, could not maintain it. Flowers quarterback Sean Johnson connected three passes for 30 yards and an unsportsmanlike penalty call against the Bruins helped advance the ball to Broadneck’s 11.

Conscience Abba capped a 71-yard drive with a 22-yard field goal as time expired, sending the game to overtime.

“We finally put that long drive together to take the lead, but we just couldn’t get a stop,” said Ehrlich.

The Jaguars got possession first in overtime, and, on the second play, Johnson connected with Alpha Sesay in the back of the end zone for a six-yard touchdown strike and Abba added the extra point to make it 43-36. Broadneck reached the Jaguars’ 1-yard-line then was whistled for an illegal motion penalty.

On 4th down, Ehrlich rolled left then returned back to the right. Ehrlich, looking for Levicki, had his pass deflected away in the end zone by Flowers’ defensive back Braydon Lee.

“Initially on that last play I was looking to keep it, but their defenders did a good job setting the edge,” Ehrlich said. “I rolled back to my right but their guy made a good play.”

The Bruins’ offense had its way in the opening 24 minutes. Broadneck scored four touchdowns in the second quarter as Ehrlich tossed a 51-yard scoring pass to Eli Harris with 16.5 seconds left before halftime for a 28-12 advantage.

The Anne Arundel County champs got nothing on its first possession of the second half, and its troubles began. A short punt set the Jaguars up at the Bruins’ 33.

Nine plays and five minutes later, Rashad Brathwaite scored on a 4-yard run and Maurice Brown’s 2-point conversion, had the Bruins’ advantage down to 28-20. Broadneck was again pinned deep on its next possession and another short punt provided Flowers with prime position.

This time, the Springdale school needed only two plays to travel 16 yards as Johnson plowed forward from two yards out to trim the Bruins’ lead to 28-26. Broadneck put together a strong drive, reaching Flowers’ 28, but, on 3rd-and-10, Ehrlich was intercepted by Tayvon Jackson.

Flowers marched 69 yards in 10 plays capped with Habib Kamara’s plowing into the end zone from a yard out, giving the Jaguars their first lead, 33-28, with 8:43 left in regulation.

The Bruins regained the lead, but Flowers scored on its final two possessions to keep its state title hopes alive. Until Saturday, Broadneck had not lost since the season opener against Archbishop Spalding at Lawrence E. Knight Stadium.

Harris was proud of his squad.

“They were a special group, especially the seniors,” said Harris. “There were genuine leaders among that group.”

“It was a great season and a great four years with these guys,” said Ehrlich. “I made friends here that I will keep forever.” 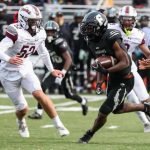 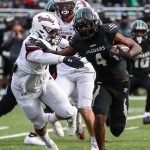 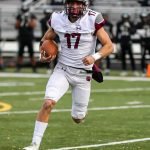 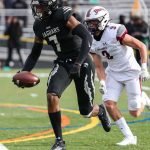 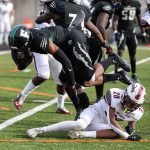