Fast and furious at Basketball Academy 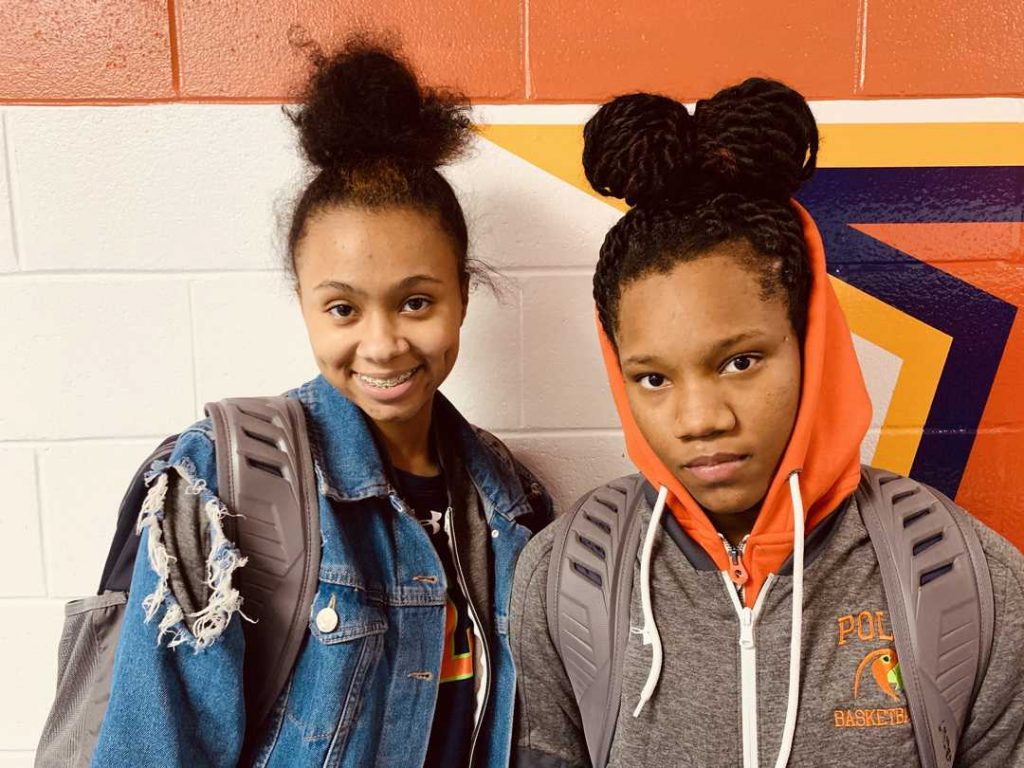 Tenea Robinson and Cach’e Wilson led Poly girls basketball team to an impressive win at the Basketball Academy Friday evening. Robinson scored eight of her 12 points in the opening quarter while Wilson poured in 20 points in the second half including a pair of half court bombs as the third-ranked Engineers defeated No. 12 Pikesville at Morgan State University’s Hill Field House.

Poly High girls basketball could not had ask for a better start in its game against Pikesville at the Basketball Academy Friday. And Cach’e Wilson provided the exclamation point.

The third-ranked Engineers handled the No. 12 Panthers, 66-40, at Morgan State University’s Hill Field House. Randallstown, Woodlawn and No. 3 City College were victorious in boys play in the 24th annual mixer.

After withstanding a second half charge Thursday from No. 7 Lake Clifton, the Upper Marlboro school controlled Edmondson (9-2), extending a 37-24 halftime advantage. Tra’Shawn Lewis finished with a game-high 18 points for the Red Storm, who will try to regroup Saturday afternoon against Woodlawn at the Basketball Academy.

The Warriors defeated Dunbar, 61-40, behind 27 points from Tyray Cooper. The Baltimore County school (5-2) led 17-5 after the opening quarter.

The Rams defeated 18th-ranked New Era Academy, 44-37, as junior guard Quentin Wells posted 12 points and Chase McWhite added 10. Randallstown, which loss to the Jaguars in the season opener early last month, has won three of four after an 0-2 start, including a win over then-No. 11 Milford Mill Academy.

Rico Lang and Jamal Cannady each finished with 10 points for New Era (7-3), playing its first game since winning its bracket at the Governor’s Challenge in Wicomico over the holiday break. The South Baltimore school will play No. 11 Dulaney Saturday afternoon at Morgan.

No. 3 City remained undefeated with a 62-55 victory over Milford Mill in the final match Friday evening. Junior guard Karrell Booker scored a game-high 19 points for the Knights (11-0) and Ahmad Harrison added 17.

After a close first quarter, the Baltimore City school constructed a 20-point advantage in the third quarter, but Milford Mill closed to 52-44 with six minutes left in regulation. The Knights converted several free throws and made enough defensive stops to survive.

“It was awful but we found a way to win,” said City coach Omarr Smith. “We play down to the level of the competition and we were concerned with what’s going with the crowd instead of focusing on the court.”

Dominic Carrington had 10 points for City, which returns to Morgan for a match with Delaware’s St. George’s Tech Saturday. Jermaine Goodwyn scored 13 of his 18 points in the second half for Milford Mill (4-4). 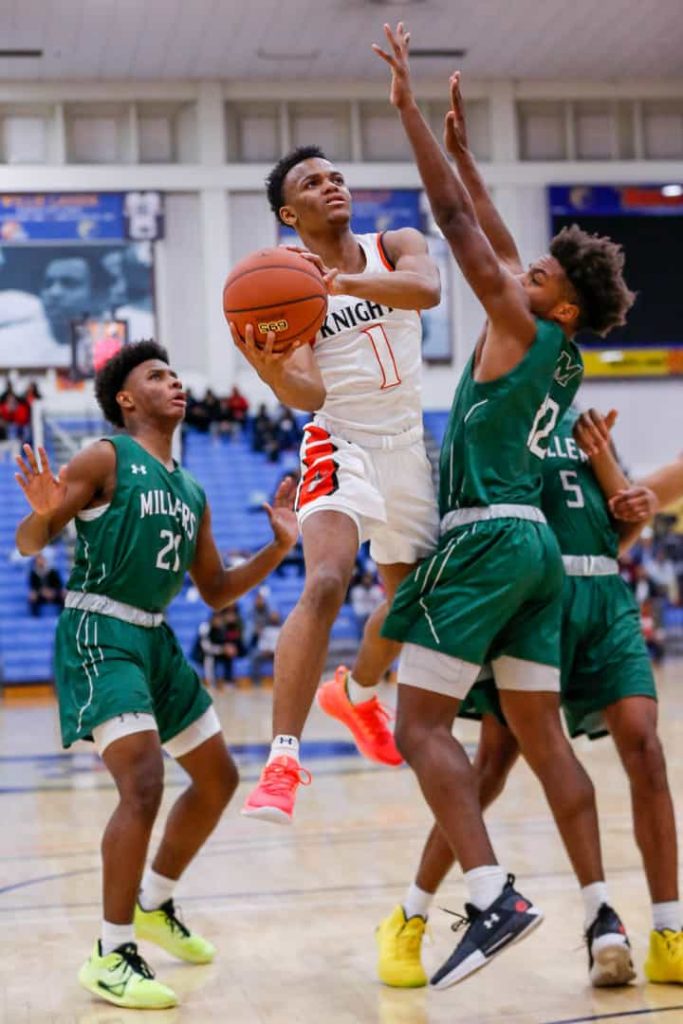 City’s Karrell Booker (1) heads up to the basket as Milford Mill’s Makai Booker defends during Friday’s final boys contest. Booker had 19 points as the third-ranked Knights improved to 11-0 with a 62-55 victory over the Millers. (photo – SportsMajors)

The wins have been secondary for longtime Poly coach Kendall Peace-Able.

“Ability, yes. Potential, always, but this group of kids have skill and potential, they’re classy people who I genuinely feel are going to be excellent women and we’re having a lot of fun,” said Peace-Able. “It has nothing to do with the wins and the losses, it’s that uninhibited fun…being able to take constructive criticism.”

Peace-Able challenged her team at halftime, and Wilson responded with a dazzling effort. The veteran point guard scored 20 points in the second half, including a pair of half court buzzer-beaters.

Wilson’s first rainbow, from just outside the half court line, put Poly up, 43-28, after three. In the game’s final seconds, she released a shot near Morgan’s bear emblem that fell through the cylinder.

“I practiced taking that shot,” said the soft-spoken Wilson. “Today, it just went in.”

Wilson and her Engineer teammates constantly – and successfully – attacked Pikesville at the basket. Tenea Robinson scored eight of her 13 points in the opening quarter.

Pikesville (6-2), which didn’t scored its first points until 3:08 left in the opening quarter, climbed to within 14-9 in the second quarter. The Engineers close on a 14-7 run for a 28-16 halftime advantage.

It was all Poly, especially Wilson, in the second half.

“I’ve always talked to her differently, but I couldn’t hold it in today,” said Peace-Able. “I know she’s a person that will meet any standard that you set. Maybe I should’ve set the standard differently before now because she has a lot of capacity. Everything we do as a team and program runs through ‘Cach.'”

After beating No. 16 Coppin Academy Thursday, Pikesville never got on track Friday.

“We came out with too much nervous energy. I don’t know why,” said Dukes. “At this point in time, [Poly is] a better team than we are.”

It doesn’t get easier for Pikesville, which plays Saturday at the Public vs. Private Challenge against host school and No. 8 McDonogh. Sixteen VSN Top 20 squads will be in action, including the Engineers taking on second-ranked Pallotti at 6 p.m.

“We just have to bring confidence and energy,” said Wilson. “We should be fine.” 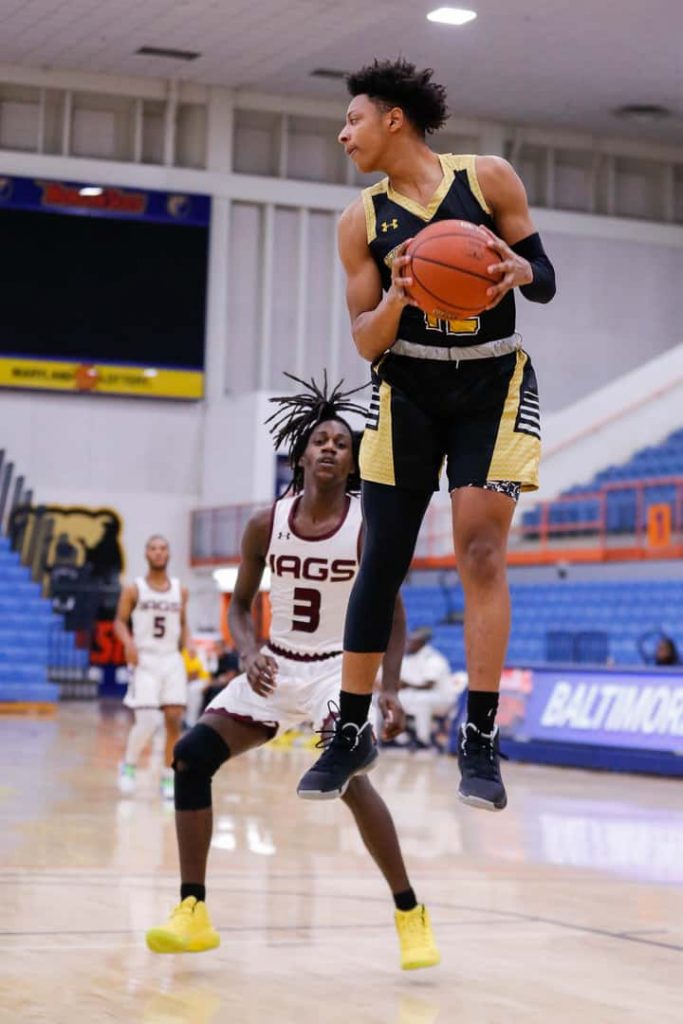 Randallstown’s Quentin Wells has a rebound in front of New Era Academy’s Demetrius Howard. Wells finished with 12 points as the Rams evened their record at 3-3 with a 44-37 victory over the No. 18 Jaguars. (photo – SportsMajors)