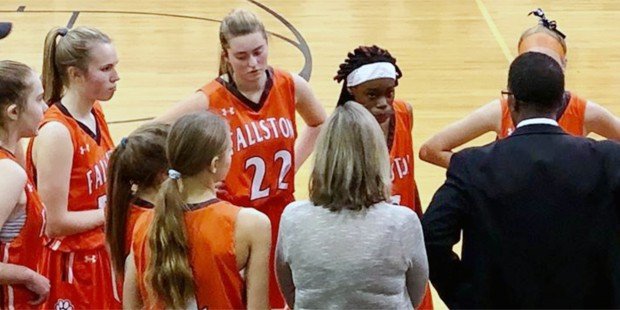 Freshmen Brook Crawford lead the Cougars into the Sectional finals

Coaches often say that once a team reaches the post-season, freshmen are no longer freshmen.

That appears to be true for the Fallston girls basketball team as the Cougars followed the lead of a pair of freshmen, Tuesday, as the Cougars went on the road and routed top-seeded Rising, 58-34, to advance to the 2A East Region Section I final, in the girls basketball state playoffs. Fallston will now visit Elkton on Thursday. The Elks advanced with 65-57 road win over second-seeded North Harford.

Freshman Allie Book had a team-high 11 points and one block for the Cougars, classmate Jillian Crawford added 10 points and grabbed four rebounds.