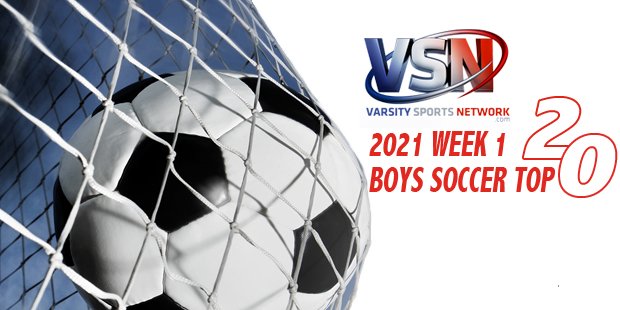 The 2021 soccer season is underway and 19 of the 20 teams in the VSN Preseason Soccer Top 20 have reached our Week 1 poll. Only Hereford High, which was at No. 19 has dropped out, replaced by our new No. 20 Fallston, which won twice at the Bel Air Invitational, including a decision over the Bulls.
Calvert Hall College and McDonogh School remain in the top two spots, followed in the top five by No. 3 Severna Park, No. 4 Archbishop Curley and No. 5 Centennial.
Here is the complete Week 1 VSN Boys Soccer Top 20:

1. CALVERT HALL COLLEGE
Record: 3-0-1
Preseason ranking: 1
Note: A tie against arch-rival Loyola Blakefield (then-No. 13) notwithstanding, the Cardinals are off to a solid start with three wins over ranked opponents, including No. 2 McDonogh School

2. MCDONOGH SCHOOL
Record: 3-1
Preseason anking: 2
Note: The Eagles were blanked by No. 1 Calvert Hall, but the offense seems to be taking shape with 11 goals in their other three games, all wins.