Fallston girls knock off No. 14 Towson in double-overtime 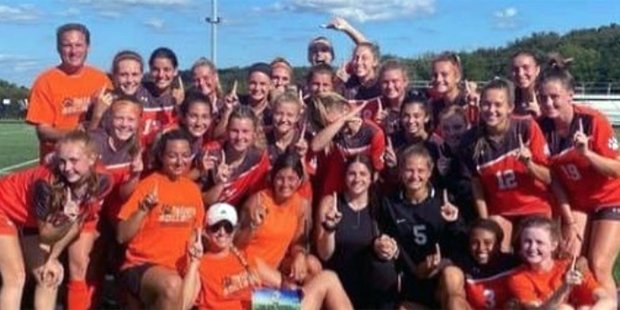 The Fallston High School girls soccer team was at home Thursday afternoon to host No. 14 Towson for what turned out to be a thrilling double-overtime contest, won, 3-2, by Fallston.

The Golden Goal came with just 60 seconds to play in the second overtime as sophomore Ava Lambros crossed a corner to senior midfielder Delaney Nicolaus, who got a head on the ball and sent it into the back of the net.

Earlier, Fallston (1-0) grabbed the upper-hand in the first half when Lambros took a shot from the right corner of the field that crossed in over top of the Towson goalkeeper’s head to give the Cougars a 1-0 lead. Early in the second half, Fallston found the back of the net again with a shot from senior forward Kennedy Mendoza, right before the 18, as it hit underneath the crossbar.

Towson (1-1) battled back to tie with two goals in the final 16 minutes of regulation. Junior Estelle Gerber netted both Generals goals and freshman midfielder Ella Litz assisted on both.