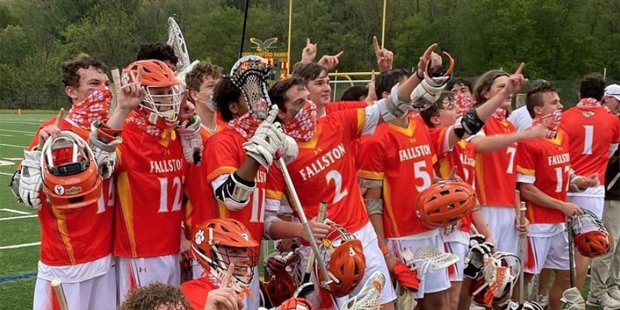 Fallston’s Peter Buckler did a great job of both giving and receiving, Wednesday, as he produced seven points to help the Cougars rip UCBAC rival Patterson Mill, 15-3, to advance to the 1A East Region 1 Boys Lacrosse final.

Buckler scored three times to get a hat-trick and dished out four assists to his teammates. Three other Cougars – Thomas King, Camden Harding and Michael Estremsky scored twice each in the victory. In addition, Noah Richard had three assists, while Eddie Perri and Quinn McLaughlin had two each.

The Cougars took a 5-1 lead at the half and erupted for 10 goals in the second half.

The Cougars will play again on Friday, in the Region Final, at Harford Tech or at home against Havre de Grace.