No. 4 Severna Park out-slugs Broadneck for first in Anne Arundel baseball behind Miller and Rodriquez 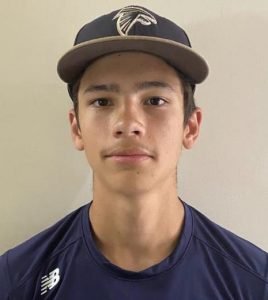 Ethan Rodriguez powered No. 4 Severna Park baseball Friday. He had five RBIs in a victory over second-ranked Broadneck in Anne Arundel County play.

Ethan Rodriguez and Jimmy Miller combined for 8 RBIs to lead fourth-ranked Severna Park High to a 10-7 victory over No. 2 Broadneck in Cape St. Claire Friday afternoon in a game that started late because of a serious traffic accident near the school.

The victory for the Falcons (8-1 overall) enabled them to avenge a surprising 12-0 loss to the Bruins back in March. Severna Park is tied for first with 12th-ranked Chesapeake-Anne Arundel in Anne Arundel County (both 8-1).

Rodriguez had a huge day with five RBI on a solo dinger, a two-run triple and two-run 2-bagger to lead the Falcons’ attack. Miller followed with two hits including a double and three RBIs.

It was the second straight loss for Broadneck (9-2, 7-2 Anne Arundel) after a 9-0 start including the five inning whitewashing of defending Anne Arundel league champ Severna Park. The Bruins were ripped by No. 20 Arundel, 12-2, Wednesday.