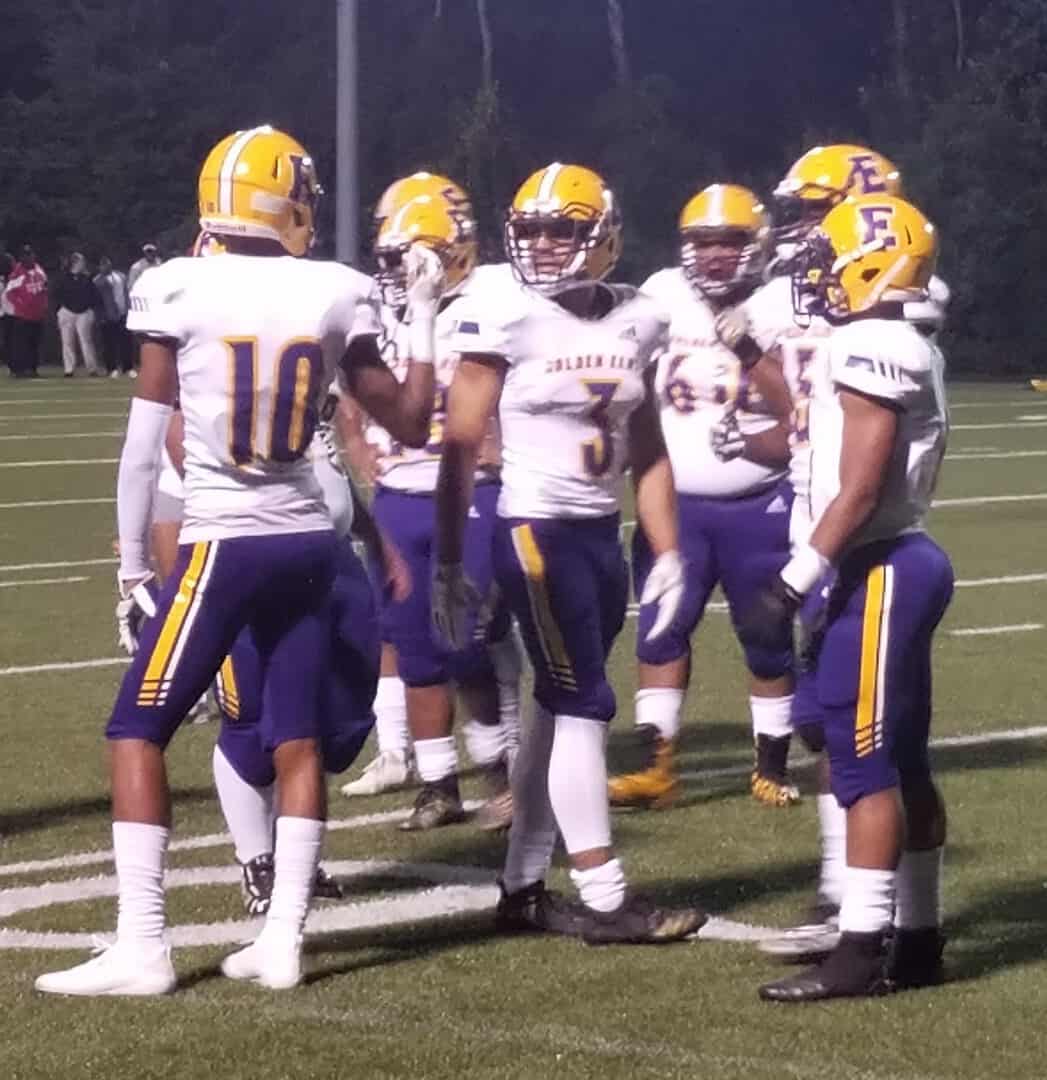 Tayshawn Watters (3) and No. 20 Elkton move to 2-0 with a 42-8 rout of Edgewood Friday night at Joppatowne. Watters scored four touchdowns in the opening half, including a 55-yard interception return for touchdown.

Since losing in the Class 2A football state semifinals, Elkton High has been motivated and focused. The No. 20 Elks continued their torrid start in the 2019 campaign with a 42-8 over Edgewood at Joppatowne.

The Elks (2-0 overall, 1-0 Chesapeake) put a running clock on the defending UCBAC Chesapeake champ Rams (1-1, 1-1 Chesapeake), avenging a 34-14 loss last year in Cecil County. Elkton went on to the 2A state playoffs, where it lost to eventual state champ Oakdale from Frederick County in the 2A final four.

“Oakdale left a bad taste in our mouth, so since then we have been in the weight room working hard, still dedicated and there is lot we can do this season,” said Watters, a running back/defensive back.

Watters found the end zone on a 1-yard run, a little over a minute into the game. Stephen capped an 8-play drive with a 4-yard touchdown run, and, later in the quarter, bullied his way into the end zone from three yards, giving Elkton a 21-0 advantage.

It was 28-0 after the opening 12 minutes as Watters scored on a 4-yard run. Watters stepped in front of Rams’ wideout Randy Hughes’ option pass and returned it 55 yards for another score.

“That was a play that they (Edgewood) used to beat us last year,” Watters said. “I had been watching a lot of film on it so when I saw the quarterback motion for the receiver and I knew it was coming, so I just waited and baited him into the throw and was able to make the interception.”

“The guys are executed, practicing hard and we what do on the practice field they are doing in the games and we are getting good results,” Elkton coach Matt Feeney. “That’s good football team (Edgewood) that we just beat and that gives a lot of confidence.”

Elkton added one more score in third quarter when Trevin Ewing took a sweep handoff and weaved his way into the end zone untouched from 44 yards to increase the Elks’ advantage. Edgewood, which is playing home games at Joppatowne while a new field turf is being installed, got its only when Hughes hauled in a 2-yard pass from quarterback Travis Burton.

It was the first touchdown allowed by Elkton, which has outscored its two opponents, 85-8. The Elks have matches against Aberdeen and Havre de Grace before a rematch with Oakdale in Cecil County.

“We are attacking and playing well which is a good sign to see this early, we just got to keep building on that,” Feeney said.