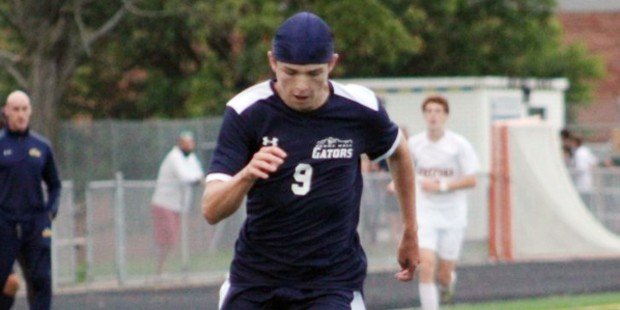 One of the best boys soccer rivalries in Baltimore County renewed Thursday afternoon as Perry Hall hosted Dulaney and came away with a 3-0 victory, with all three goals netted by Gator star Zach Eichelberger.

It took until the 61st minute for Perry Hall to solve the Lions defense, as Eichelberger broke the ice when he finished off a through ball from Paul Emasuelu. The second tally did not take nearly as long.

Three minutes later, Emiliano Puentes slotted Eichelberger who beat the Dulaney keeper on a 1-on-1 opportunity.

Dulaney was left no option but to press forward from that point, allowing Brennan Eibner to win a ball which he chipped to the back line where Eichelberger who scored his third goal.