Easy day at office for No. 1 McDonogh 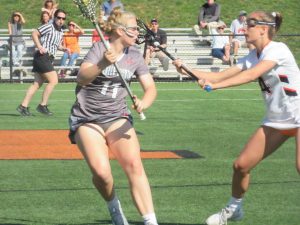 With several close calls in IAAM A Conference lacrosse play, McDonogh School’s matchup with Glenelg Country School Tuesday had the makings of another thriller.

Then came the opening draw.

McDonogh (15-0 overall, 11-0 IAAM A) put up a running clock in the opening half, turning the matchup of the IAAM A’s best into a stunning mismatch. The Eagles scored 17 of the game’s first 18 goals.

“Our emphasis were getting off to a quick start especially with the heat,” said Eagles coach Taylor Cummings. “Glenelg is a great team and if they hang around and it’s close, that’s not very good for us. I’m really proud of the way our girls came out.”

“We got off to a great start,” said Pearre. “We had great energy all over the field.”

Nine players tallied and five handed out an assist for the Eagles in the first half alone. Twelve players scored in all as Kayla Abernathy had two goals and two assists and Lila Huddles and Gabby Stapleton each scored twice.

Cummings, arguably the program’s greatest player who has the reigns after serving as an assistant last year, wanted to take advantage of McDonogh’s depth Tuesday.

“Our subbing is dictated on how we begin, so the quick start really allowed us freedom to get people in early,” said Cummings, who won three Teewaarton Awards (college lacrosse top player) and two national championships at the University of Maryland after leading McDonogh to three IAAM A titles. “The second and third rotation did really really well today.”

McDonogh had a 5-0 lead through the first 10 minutes after Little’s unassisted tally off a free run, setup by senior Julia Dorsey’s check and pass. Little scored again for a hat trick and started the running clock at 11-1 with about 10 minutes, 30 seconds left in the opening half.

“Our on-ball and off-ball movement on offense has really been helping us,” said Little. “Everybody moving on the field constantly has been putting us on the edge and that’s why we’ve been successful.”

Kate Sites had three goals for Glenelg Country School (11-4, 9-2 IAAM A), and Josie Pell and Allie Bateman each finished with a goal and an assist. The Dragons scored five straight goals over the final 10 minutes.

The first 40 minutes, however, was an utter disaster.

“McDonogh is a very good team, but the things we were upset about was the things we can control and not doing them well,” said Glenelg Country co-coach Brian Reese. “Taking away the middle of the field, hustling on draws and ground balls and taking care of the ball on offense…we’re a better team than that.”

McDonogh, which has won its last two league decisions by a total of 25 goals, appears to be hitting its stride. Thursday, the Eagles take on No. 5 Notre Dame Prep at the US Lacrosse complex in Sparks in a rematch of last year’s IAAM A final. 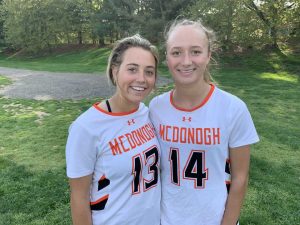 Blaire Pearre (left) and Ella Little each had three goals for McDonogh, which had 12 players score Tuesday. The Eagles will play Notre Dame Prep Thursday evening at the US Lacrosse Complex in Sparks in a rematch of last year’s IAAM A final.

“Obviously I think there’s some emotions but our mindset is we need to execute on the field and handle our emotions on and off of the field,” said Cummings. “It’s a lacrosse game and we need to score more than them.”

“We’re super-excited especially since last year,” said Pearre. “They’re going to give us a great game like they always do.” 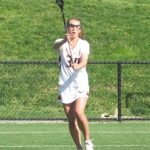 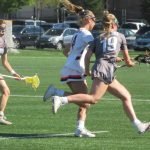 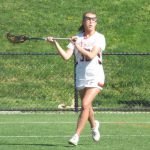 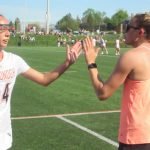 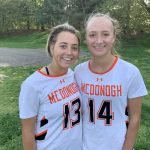 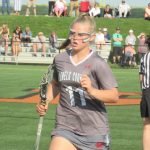 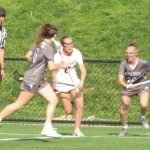 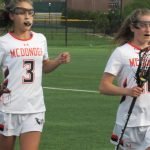 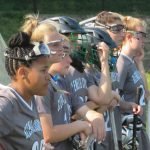 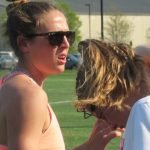 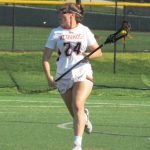 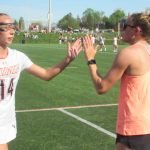 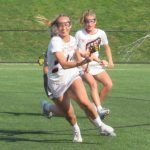 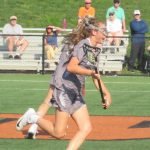 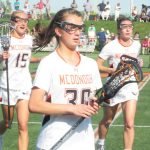 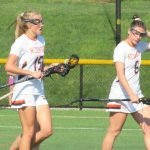 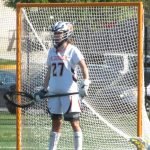 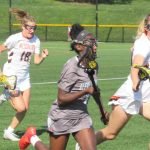 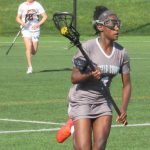 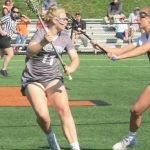 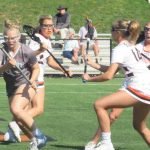