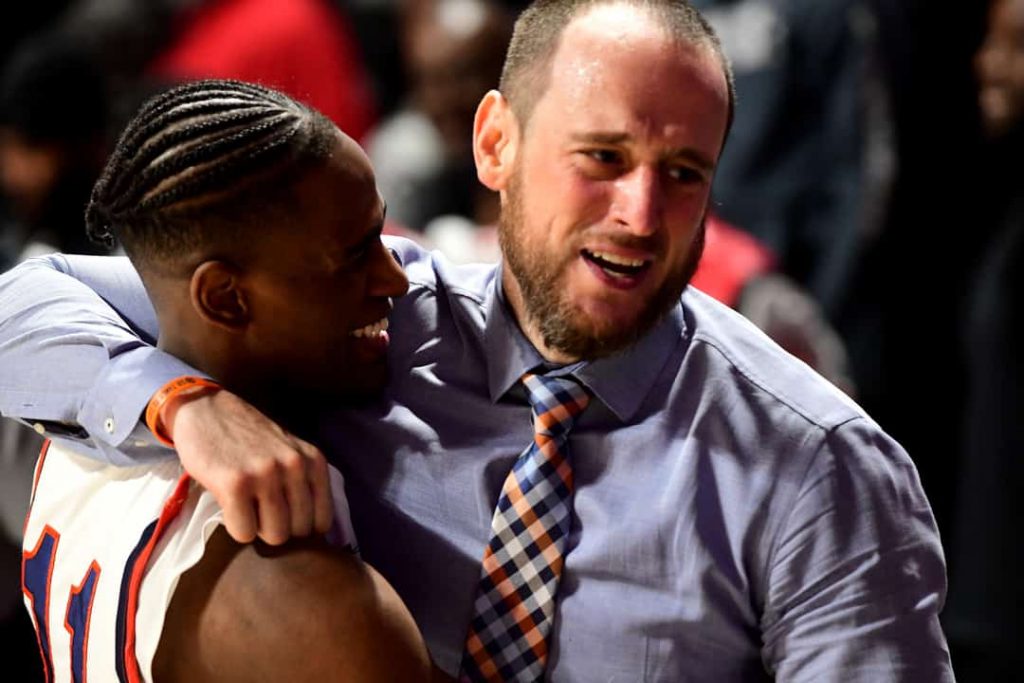 Oak Hill and IMG have a combined 10 mythical national championships. Each boast rosters of major Division I recruits, which together, could contend for a NCAA Tournament berth.

However, by the time a huge crowd left UMBC’s Event Center late Saturday evening, one thing could be said: Toughness over talent.

No. 2 St. Frances and third-ranked Poly put Baltimore on the national landscape with victories in front of an estimated audience of 4,500. The Panthers handled Oak Hill, 80-61, while the Engineers pulled out a 62-60 decision over IMG.

“If you have confidence, you don’t have to worry about nothing else as long as you got heart,” said St. Frances senior guard Adrian Baldwin.

They did it in vastly different ways Saturday. In a matchup of nationally-ranked programs, St. Frances dominated Oak Hill from the opening tip.

The defending MIAA A Conference and Baltimore Catholic League champ Panthers, ranked 16th nationally by ESPN, led by as many as 30 points against the country’s No. 2 team, according to MaxPreps (5th by ESPN). The East Chase Street school trailed only once (4-3).

“The guys were locked in and focused,” said St. Frances coach Nick Myles. “We’re having a special season and played only one bad game.”

“We did what we had to do,” said Staten. “I guess it was confidence.”

Staten, a junior guard, had the defining play for St. Frances Saturday in the third quarter. Staten beat an Oak Hill player for a loose ball, originally knocked away by Julian Reese. Staten got the ball to teammate Elijah Davis, who turned and gave it to Baldwin. Baldwin fired down a 3-pointer, putting the Panthers up 57-34.

With the recent departures of Jahmal Banks and Jordan Toles, who left after the new year to enroll early at Wake Forest and LSU, respectively, for football, Myles was confident in Staten assuming more responsibility.

Saturday was a coming out party for Staten.

“Khyrie is our unsung hero,” said Myles. “He’s a glue key like Rajar Jones and Daesean Wells was for us in the past. I’m glad he was able to show it on the big stage.”

The Panthers, who’ve played in several major tournaments the last several years including recently at IMG Academy, were comfortable Saturday on both ends of the court. They led 67-37 early in the fourth after Byron Ireland easily drove down the lane for a layup.

Baldwin, the reigning VSN Player of the Year, had 12 points and seven assists and Reese, a junior center, added 11 points, five rebounds and five blocks for St. Frances, which won its area-best 31st decision (31-3).

Longtime Oak Hill coach Steve Smith, whose team last played in Baltimore in 1995 in the Charm City Classic, said he was “helpless” watching his team get severely out-played by the Panthers.

“We haven’t played like that all year. They played extremely well and made shots,” said Smith, who’s guided Oak Hill to nine mythical national titles. “A lot of those shots were unguarded. It was a big game for both schools. We’ve played great teams, great schedule, but it didn’t look like it tonight.”

Ali rarely looks to score for Poly. He had one basket for the Engineers Saturday evening.

It was the biggest in program history. Ali’s score with 8.4 seconds left in regulation was the difference as Poly upset last year’s mythical national champions in the nightcap.

Poly led by as many as 16 points in the second half, but IMG rallied, tying the game at 60 on Matthew Murrell’s dagger from the corner with 20 seconds remaining.

Ali, thanks to a Murray pick, got free from Murrell, drove down the lane where Springer was waiting. He went up and, with his body twisting away from Springer, flipped the ball off the glass with his left hand.

After doing a flex pose for a camera, Ali had to be helped off the court for a cramp.

“They weren’t expecting me to take the shot,” said Ali, who had three points. “The lane opened up and I took the shot.”

Poly coach Sam Brand, who ran off the floor in excitement when the final buzzer sounded, was calmed as Ali brought the ball up.

“So he’s dribbling across half court and the whole bench is saying ‘you got a time out coach,’ and I said, ‘The ball’s in Rah Rah’s hands,'” said Brand. “‘Rah Rah closes games, that’s what point guards do.”

The Engineers stormed the court after Tamir Hassan’s 3-pointer fell short of the rim and time expired. Behind an intense defensive effort on the perimeter and Murray, Lewis and freshman Kwame Evans battling against IMG’s big front line, Poly closed the first half on a 15-0 run, capped with Murray getting a shot to fall off the glass right before the buzzer, for a 35-25 advantage.

The Cold Spring Lane school, playing in front of a pro-Baltimore audience, kept it going to start the second half. Poly led 45-29 with 5:48 left in the third quarter after Evans dropped a 3-point from the corner.

IMG, which featured six of Rivals.com’s Top 150 seniors, closed to 49-46 at the start of the fourth. The Engineers weathered the push as Murray’s jumper put them up, 53-46.

Murray, whose recruiting stock is rising rapidly with Georgetown, which had coach and Basketball Hall of Famer Patrick Ewing in attendance Saturday along with coaches from Kansas State and Virginia Tech, found Evans (16 points) for another dagger, giving the Engineers a 56-48 advantage with 4:33 left in regulation.

“The whole season we’ve been talking about this game,” said Lewis, the area’s top senior prospect. “We executed our game plan. We weren’t going to match their size, but they weren’t going to take our heart.”