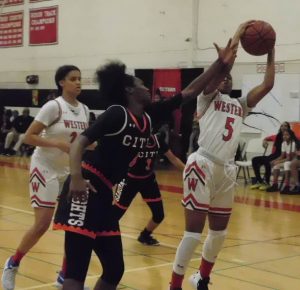 Western guard Nyceara Pryor (5) nabs a rebound ahead of City’s Jazmine Davis during Tuesday’s Baltimore City Division A girls basketball match. Pryor led all scorers with 19 points as the No. 11 Doves led wire-to-wire in a 69-53 decision on Falls Road.

Western High girls’ basketball team took a major step toward securing first in the Baltimore City league’s A Division Tuesday night as the 11th-ranked Doves downed slow-starting and No. 17 City College, 69-53, in front of a packed gym on Falls Road.

“We had to be aggressive and keep the intensity up,” Western sophomore guard Vashae Rideout said.

The victory moves Western to 7-2 overall and 2-0 in Division A play. The Doves will be a heavy favorite in their remaining division matches (Carver Vo-Tech, Douglass, Edmondson, Forest Park, Lake Clifton, Mervo and New Era Academy). The top finisher in Division A & B will play for the city title next month.

Barring a major upset, No. 4 Poly should be the Division B representative. The Engineers ended Western’s two-year reign as Division I city champ last season.

And even though coaches caution their players to never look too far ahead, an eventual rematch with Poly in the city final is the proverbial elephant in the room. The Engineers defeated Western, 69-61, last month.

“We left a lot of points out there on the floor against Poly,” Doves coach Tasha Townsend said. “If we come to play, we’ll have a chance to beat them.”

In order to earn the rematch, Western had to make sure that City (6-3, 2-1 Division A) did not pull off the upset. The Doves jumped out to a big lead on buckets by sophomore forward Dakota Fisher and sophomore guards Sanaya Gray and Rideout before senior guard Raquel Nicholson finally scored for the Knights.

“That’s what really kept us under the gun,” City coach Rolynda Contee said. “We had to play catch-up ball the rest of the way.”

It didn’t help matters when there were several lengthy stoppages of play due to officials making sure that the shot clock was working properly.

There was also confusion about the number of team fouls for each squad before both issue were finally resolved.

And Townsend said that it was not beneficial to her squad either.

“I think we could have gotten out to an even bigger lead,” she said.

The Doves were just as adept at stopping the Knights’ momentum in the fourth quarter as the earlier play stoppages.

Early in the fourth, City was within 51-39 after a nice drive by junior guard Katara Roman and a pair of free throws by senior guard Mya Henson, but Western senior small forward Tykeara Burden answered immediately with a drive. Later in the period, senior guard Jazmine Davis’ put-back and free throws cut the deficit to 55-44 that was quickly torn asunder by Gray’s cold-blooded baseline 3-pointer.

The Knights pulled within 12 after a Roman stick-back before pesky freshman reserve guard Nycara Pryor hit a jumper in the paint to ignite a 7-3 closing run. Pryor led all scorers with 19 points.

“I love her energy off the bench,” Townsend said of Pryor.

“We have a nice young bench,” Townsend said. “And Vashae stabilizes it.”

Townsend and the Doves will need to marshal all of their forces when they meet No. 1 St. Frances Academy on Saturday at the Public vs. Private Challenge at McDonogh School. City will meet St. Timothy’s School at the same event. 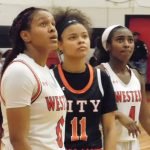 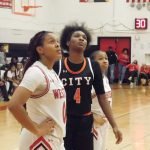 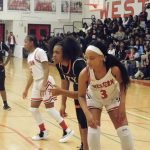 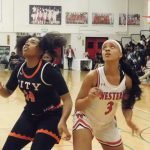 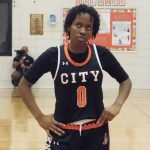 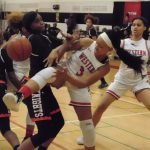 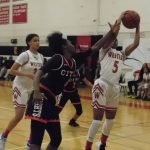 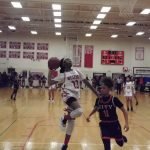 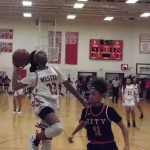 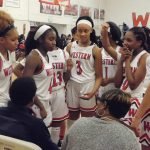 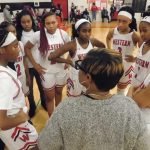 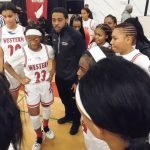 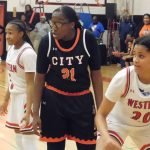 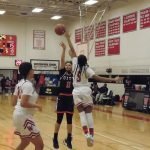 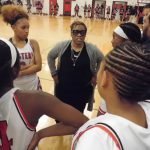 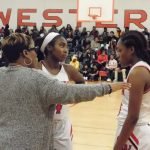 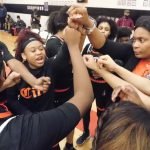