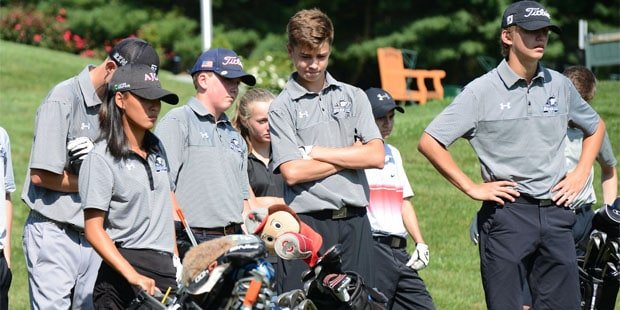 In the opening UCBAC golf match of the 2019 fall season, Patterson Mill easily defeated hosted Elkton, 79-140, Thursday afternoon at Patriots Glen National Golf Club. The event was originally scheduled as trig-match to include Perryville, but the Panthers did not participate.

Brendan Donnelly led the Huskies as he carded a 38 over nine holes to take the individual honors. He was followed by teammate John Harrison, who shot a 41, and Paula Moon and Sam Sapp, who each shot 43. Moon won a girls district title in 2018.

Mitchell Walz also competed for the Huskies, posting a score of 47.