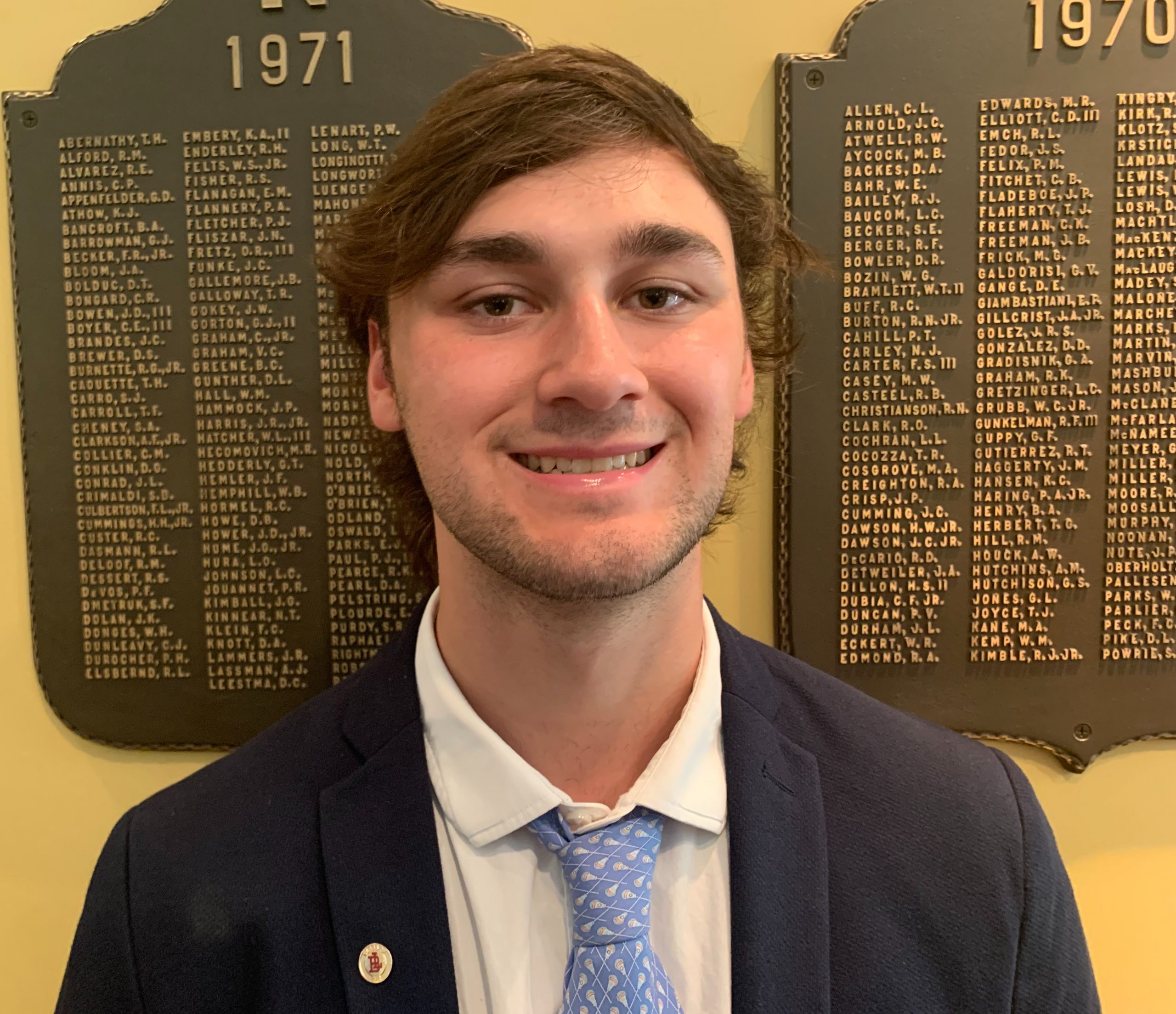 Dominic Pietramala more than lived up to expectations bestowed upon him when he first stepped on Boys’ Latin’s campus. The senior attack is VSN’s Boys Lacrosse Player of the Year.

Pietramala totaled 53 goals and 35 assists this spring for the No. 3 Lakers (14-3 overall), who reached the MIAA A Conference semifinals. Last season, he had 38 goals and 14 assists as BL won the nation’s toughest boys lacrosse league.

Scoring is second nature to Pietramala, who was an impact performer as a freshman in 2019. This season, Pietramala left his mark as a leader.

“I felt like I struggled in the leadership department…I have a joking side so my teammates never took me very seriously,” said Pietramala of his first couple of seasons. “The whole year I worked on bettering my leadership skills so I can help my team.”

“He took it to a new level,” said Lakers coach Brian Farrell. “He became more vocal, made sure kids held up their end of the deal when practice came around and did a nice job of holding them to a standard.”

Farrell said Pietramala, the nation’s No. 2 prospect in the Class of 2022 by Inside Lacrosse, “became a complete attackman” this season.

“He was able to see the field a little bit more. He knew he was going to get pressure from opponents,” said Farrell. “He got the ball out the stick pretty well and he stepped his assists.”

Pietramala totaled 134 goals and 64 assists – numbers that would’ve been higher if not for shortened sophomore and junior seasons because of COVID-19 restrictions – in his four-year varsity career.

Pietramala’s father, Dave, won two national titles in 20 seasons as head coach at Johns Hopkins where he was a three-time All-America defensemen and won a national title in the late 1980s. He was inducted into the National Lacrosse Hall of Fame in 2004.

“He never put any pressure on me. He’s the greatest dad in the world and the greatest coach in the world,” said Dominic of his father, now an assistant coach at Syracuse. “What he’s done for me in my life is show me that there’s no wrong way to handle any situation…no matter what I do he’ll be proud of me if I were to play baseball, soccer or lacrosse.”

The C. Markland Kelly Award recipient as the state’s top lacrosse player, Pietramala will play in the Under Armour All-American Game next month at Johns Hopkins. He will play for North Carolina next spring.

“He’s a great character kid and has been that since he stepped on campus in the 8th grade,” said Farrell. “He has a lot of respect for the BL community.”