Diving head first into another final 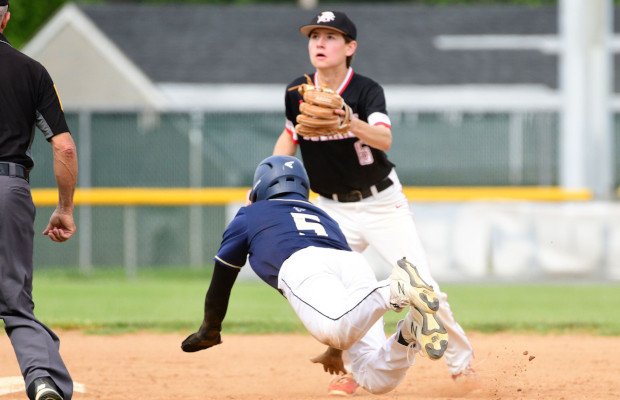 Severna Park’s James Henson (5) tries to steal second base as Dulaney’s Colton Felton awaits the throw during Wednesday’s Class 4A state baseball semifinal. The second-ranked Falcons advanced to the championship game with a 10-0 victory over the No. 16 Lions at McCurdy Field in Frederick (photo – John Bowers)

Seamus Patenaude did it with his arm and bat in leading No. 2 Severna Park High to an impressive 10-0 five inning victory over 16th-ranked Dulaney in a Class 4A state baseball semifinal Wednesday at McCurdy Field in Frederick. 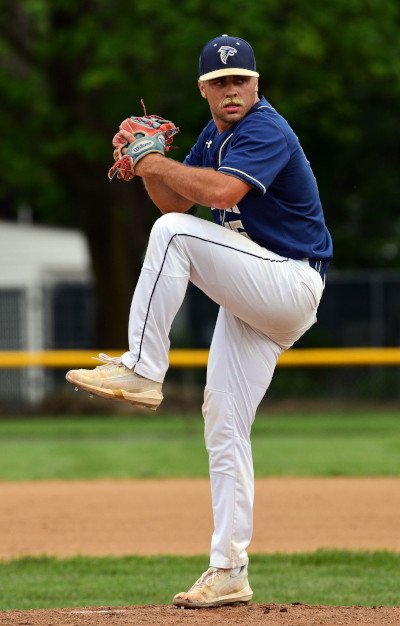 Originally scheduled for Povich Field in Bethesda on Tuesday before being postponed by rain, state officials decided early Wednesday afternoon to move the game to McCurdy because Povich was declared unplayable.

The changes did not present a problem for Patenaude and Anne Arundel County squad, which advanced to their eighth state final in 10 trips to the state final four. The Falcons will play defending state champ Sherwood of Montgomery County, Friday at 7:30 p.m. at Regency Stadium in Waldorf.

Patenaude, a junior, hurled a two-hitter with four strikeouts and four walks and contributed to his own case with three hits including a two-bagger and two RBI.

“I’m glad the seniors on this team are going to get a chance now at a state championship,” said Patenaude, a right-hander who is 4-1 and who plays third base when not pitching. “This is what we have been looking for and we’re excited.”

The Falcons (16-2-1 overall) scored in all five at bats. They produced four runs in the third, bringing down the curtain on the Lions (14-7-1) with a run in the bottom of the fifth.

”We locked down our defense a few weeks ago and that is what has brought us together as a team,“ said Patenaude. “Our team defense has put us in a good spot to win.”

“Severna Park is a top notch program. They’re well coached and execute beyond belief,” said McElroy. “We ran into a buzzsaw.” 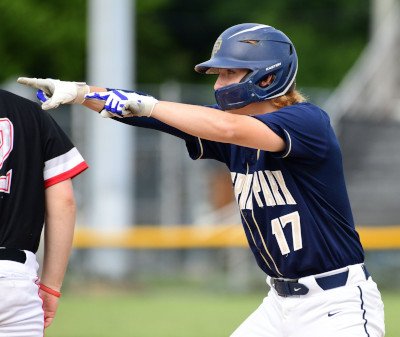 Severna Park’s Kody Phillips hit one of five doubles hit by the Falcons.

“We weren’t picked by many to advance through regionls let alone make the state semifinals. I’m so proud of the kids,” said McElroy, who had 10 seniors on the roster. “They committed and bought in. I couldn’t ask for more.”

Severna Park, which last won a state title in 2009, will cross paths again against Sherwood, which defeated Montgomery rival Churchill Wednesday. The Olney school defeated the Falcons, 5-4, in extra innings in last year’s 4A state final.