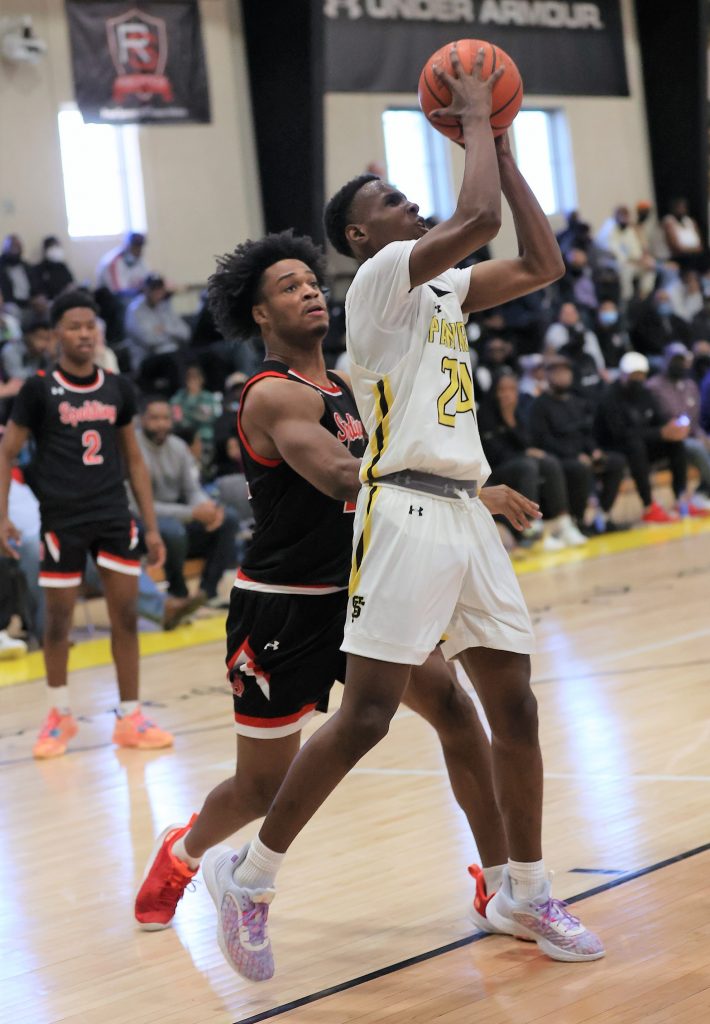 Three weeks ago, Archbishop Spalding and St. Frances Academy played arguably the most memorable game of the boys basketball season.

The rematch Saturday, unfortunately, fell woefully short. The top-ranked Panthers defeated the No. 4 Cavaliers, 79-64, inside Phelps Gym in East Baltimore.

St. Frances coach Nick Myles said he wanted “to build a program and not a team” when he assumed the reins from BCL Hall of Fame player Mark Karcher in 2011.

“We want to have guys come back, have guys really buy in what we’re trying to do and the five straight just says we’ve built a program and we haven’t built a team,” said Myles, who lost four starters from last season’s BCL Tournament final squad. “Programs can withstand graduations, transfers, and we have, so it’s a testament to all the guys we’ve had come through here.”

“At the end of the day, it’s about playing for the name on the front of the jersey,” said junior guard Jahnathan Lamothe, the lone returning St. Frances starter from last season.

The Panthers, who were upset by John Carroll School in the BCL Tournament final last year, last lost a BCL regular season decision, January 17, 2020 to Mount St. Joseph at Smith Center. The streak was on the verge of being broken Jan. 21 at Spalding, but Lindsay’s 40-foot 3-point dagger with five seconds remaining in regulation gave the Panthers an epic 75-73 victory.

“Round two” was anticlimactic after the first quarter Saturday. The Panthers turned a 17-13 opening period advantage into 47-25 at intermission. The lead was 57-32 midway in the fourth after a 3-pointer from Daquan Davis.

Taion Robinson, who’s having a breakout senior season as a reserve, finished with 12 points and seven rebounds. Eleven players scored for the Panthers Saturday.

“Basically sticking with what’s working, kicking it out to each other, transition 3s by Bryce, good reads by Quan (Davis), ‘Bubb’ (Carlton Carrington) midrange,” said Lamothe. “Just playing together.”

Spalding (21-7, 7-5 BCL) got 10 points each from Johnny Farley, Jason Robertson and Malik Washington. The Cavaliers, who were seconds away from ending St. Frances’ BCL win streak and claiming the area’s No. 1 ranking weeks ago, didn’t have reigning BCL Player of the Year Cam Whitmore.

Whitmore, a McDonald’s All-American and Villanova University recruit, missed his seventh straight game because of an ankle injury. The Cavaliers are 3-4 in that stretch.

The Severn school, coming off a loss to No. 4 Our Lady of Mount Carmel Friday evening, had an 8-7 lead in the first after a dunk by Washington. Senior guard Ty Peterson brought the Cavaliers at 13 on a drive late in the quarter.

Then came the second period. And the third. The Cavaliers played hard, but St. Frances, at full strength and focused, was simply too much.

“Obviously, they’re a way different team with Cam and we have a different game plan when Cam is on the floor, but I think it matters more how we play,” said Lamothe. “The first quarter was close and we weren’t playing our brand of basketball.”

“We got to play together as a team, we got to share the basketball, we got to really execute, and we’re not doing those things right and I take responsibility for that,” said Pratt. 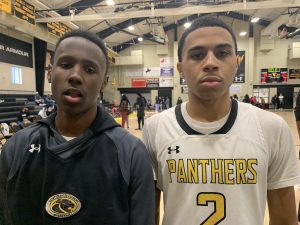 The last team to have a perfect run in a full BCL regular season was Mount St. Joseph in 2010.

“As long as we play team defense the way we do, play team basketball and move the basketball with everybody having fun, we’re going to be tough to beat,” said Myles.