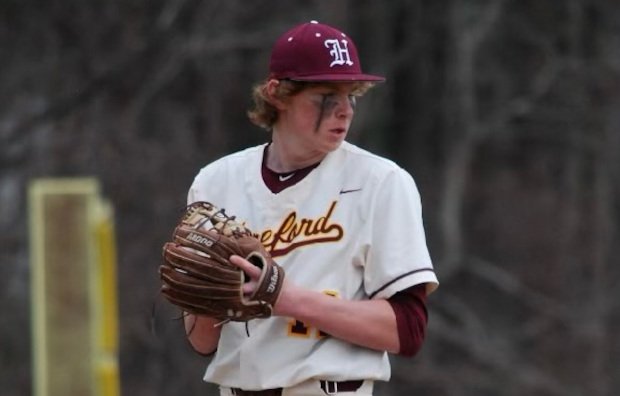 Junior Liam Diehl continues to be driving force in what is developing into one of the best seasons for the Hereford baseball program in recent memory.

Diehl pitched into the fifth inning of Monday’s 10-5 Baltimore County victory over Eastern Tech without allowing an earned run, earning his sixth win of the season. He struck out eight Mavericks and helped his own cause at the plate with a triple and two RBI.

Ryan Elseroad also had a big day at the plate, hitting three doubles and driving in a pair of runs. In addition, Drew Kinsey added a pair of RBI as the Bulls improved their overall record to 12-1 and they are 7-1 atop of Baltimore County’s Division A standings.

The Bulls are battling with Towson for the league crown. They currently have a half game edge on the Generals, are 6-1 in league play after their 12-0 win over Dulaney on Monday. However, Towson owns the head-to-head advantage having handed Hereford its only loss in the first game of the season.