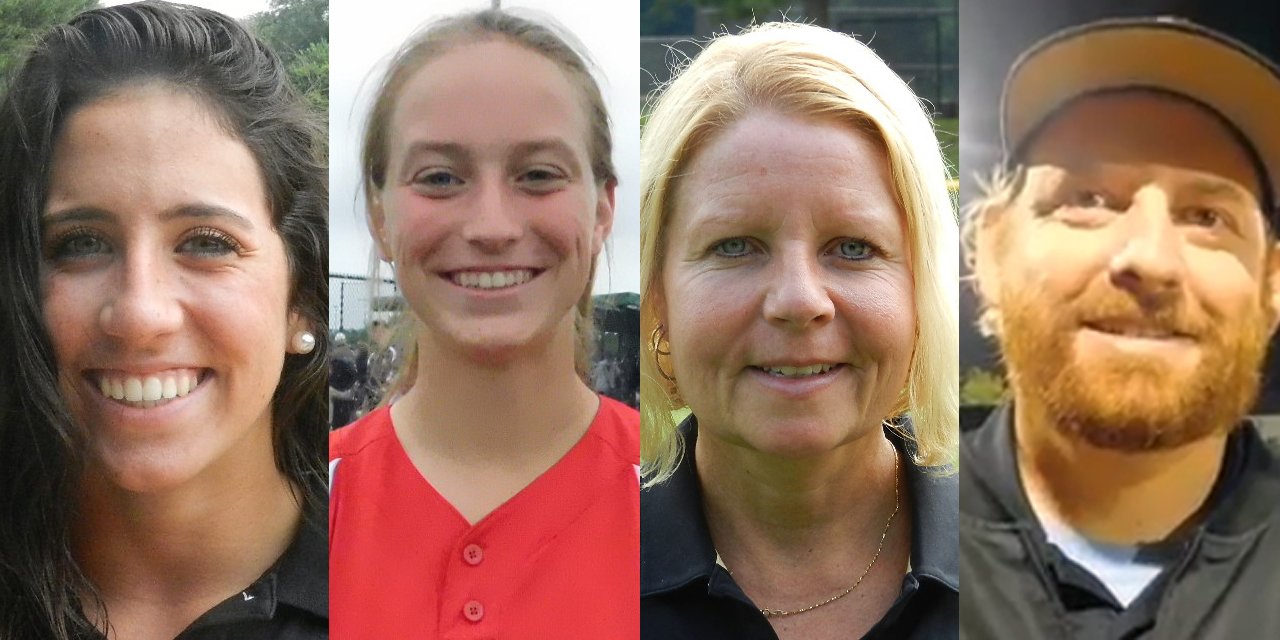 It’s not unusual for a freshmen to have an impact on a varsity softball team.

Emma Ritter and Maddie Penta, however, aren’t your typical freshmen.

New to the varsity scene with impressive club credentials, Penta and Ritter were at the center of championship seasons for Bohemia Manor and John Carroll School, respectively. The duo are the first freshmen, in any sport, to be selected Varsity Sports Network’s top performers. Ritter is the Softball Player of the Year, and Penta is Pitcher of the Year.

C. Milton Wright’s Russ Kovach and Sherry Hudson from John Carroll School are VSN’s Co-Coaches of the Year. Hudson guided John Carroll School to the IAAM A Conference crown. Kovach capped what would be his final season at the Harford County school with a state championship.

Click on the links in the upper right corner of this article to navigate between our profiles of Ritter, Penta, Kovach and Hudson. 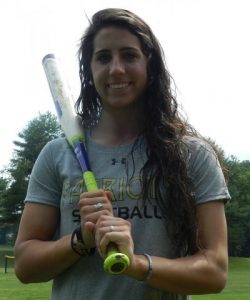 Ritter was the driving force behind John Carroll’s championship run. The freshman is Varsity Sports Network’s Softball Player of the Year.

Ritter batted .643 with eight home runs and 36 RBI for the Patriots (10-7), who won their first IAAM A Conference championship. The leftfielder led the Harford County school in all three of those categories.

“She brings our team to a different level, the intensity, the focus,” said Hudson. “She loves to be challenge.”

Ritter hit safely in all but one game, finishing tops in doubles and triples (both seven) and was second in runs scored (29). In the IAAM A final against Mount de Sales Academy, she went 4-for-4 with two RBI in an 8-2 decision.

Ritter, who finished 7-of-11 with four RBI in the postseason, struck out only once this season. She was equally as impressive defensively.

The erstwhile Ritter was nervous entering the Bel Air school. Brother Hunter was was a MIAA and National Prep wrestling champion for the Patriots and is rising junior at the University of Wisconsin.

“He had a lot of goals and he reached them,” said Ritter. “He did so much in high school but he stayed humbled.”

Emma Ritter, who hit three home runs and drove in 10 runs in a regular season victory, is off to a pretty good start blazing her own path.

“You sit back and watch her play and say ‘wow she’s great,'” said Hudson, “but you have to remember she’s still a goofy 15-year kid old.”

An All-IAAM A selection, Ritter had 12 multi-hit games. She is verbally committed to Virginia Tech University. 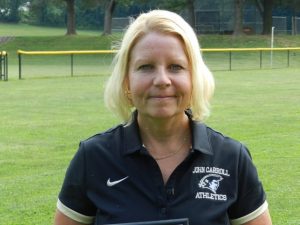 Hudson was the steadying influence for a topsy-turvy journey to history. The second-year coach is VSN’s Coach of the Year.

“We had a good mix of young players and veterans,” said Hudson. “We knew we could hit the ball. As long as Emma Kropowski kept us in the games, we’d be OK.”

John Carroll won its first six decisions, including victories over then-defending Class 1A state champ Perryville and two-time reigining IAAM A champ Archbishop Spalding. The Patriots proceeded to lose their next seven.

“Last year, we were happy to be competitive. I think it shocked the girls a little bit,” said Hudson of Patriots’ 6-0 start which landed them the No. 5 ranking in VSN’s Top 20 poll. “They were in a different place and might have lost a little focus.”

After a 12-7 loss to Mount de Sales Academy, the Patriots had a players only meeting. John Carroll won its regular season finale and scored in the bottom of the seventh to knock off Catholic in its playoff opener. The No. 9 Patriots ended Spalding’s title reign with a 9-3 semifinal victory in Severn before avenging two regular season losses to Mount de Sales with a 7-2 victory at Harford Community College for the championship.

“They were down after six straight losses, but the message was we’re a good team and we kept believing,” said Hudson, who was assisted by Michelle Waugh and Cierra Mizurak. “They pulled it together.”

A graduate of Hofstra University and Fallston, Hudson is in her second stint as John Carroll coach. She served as coach from 2005 to 2010 after being an assistant from 1995 to 2004. 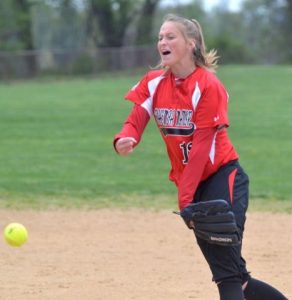 Penta went 21-2 with 244 strikeouts and didn’t allowed an earned run in 100 2/3 innings for the No. 1 Tigers, who won their first state championship since 1995. The Cecil County school defeated western Maryland’s Allegany for the 1A title.

Penta struck out 18 in a complete game three-hitter in the final at the University of Maryland, capping a dominant postseason where she struck out 80. In the East Region semifinal against then-defending state champ Perryville, Penta fanned 18.

“Physically, Maddie was able to step in from day one and compete, but it does take awhile for your freshman class to gel with the team,” said Morgan. “Maddie’s work ethic made it a lot easier for everybody to come together.”

Penta’s lone area loss came against C. Milton Wright. The Mustangs went on to win the Class 3A state championship.

Russ Kovacs, who recently stepped down as C. Milton Wright coach, told his team to avoid Penta’s riseball. The Mustangs struck out 14 times.

“Throwing 68 mph as a freshman is just amazing,” Kovacs said. “To think that she’ll get more muscular and add a couple more of pitches to her repetiore, she’ll be lights out. And that’s not to say she’s not that already.”

“There’s no college program that’s out of reach for her as long as she continues to develop,” Morgan said. “She can play anywhere in the country.”

Penta, who’s on the radar of several Division I programs, was an all-UCBAC Chesapeake selection. She’s ranked No. 11 nationally in the Class of 2020 by FloSoftball.com. 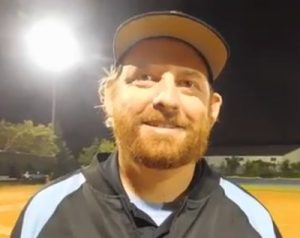 Kovach had his finest moment in what would be his last campaign in Bel Air. Kovach is VSN’s Co-Coach of the Year.

After opening the season fast, C. Milton Wright, which climbed to No. 1 in the week 2 VSN’s Top 20, quickly stumbled. The Mustangs were 5-6 in mid-April.

“No C. Milton Wright team has ever finished below .500. The coaches were asking ourselves could this be the first losing season,” said Kovach, whose team dropped six of eight after a 3-0 start. “It looked rough, but, at the same time, we weren’t getting beat badly.”

After a 11-1 loss to Delaware’s Caravel Academy, the No. 3 Mustangs won 13 of their last 14 decisions. C. Milton Wright, which lost three one-run games during its April skid, won three single-run decisions in its final run including eventual 1A state champ Bohemia Manor and 2016 1A champ Perryville.

Kovach announced earlier this month he was leaving C. Milton Wright for a teaching position in the Wicomico County school system. He’s not sure if he will coach next spring.

“The opportunity to coach such great teams and players plus work with such a professional and knowledgeable coaching staff will always be among my greatest honors and most cherished memories,” said Kovach, who assisted by Jim French and former Mustang coach Spike Updegrove, Tom Dye and Kevin Miller.