Defending champ St. Paul’s leads the field into the MIAA A golf playoffs 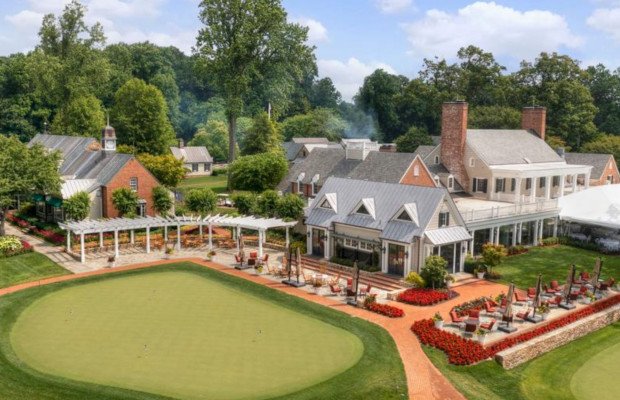 Defending MIAA A Conference champion St. Paul’s won their final ten regular season matches and will be the top seed in this week’s varsity golf playoffs, which include Gilman (9-2-1), Loyola (8-4) and Calvert Hall (6-6).

The Crusaders finished the campaign at 10-1-1, with a tie vs. Gilman and a loss to Loyola serving as their only blemishes, both coming early in the season at Baltimore Country Club.

St. Paul’s will host 4th-seed Calvert Hall on Wednesday while Gilman, which beat Loyola twice in the regular season, will host the Dons at Elkridge CC on Wednesday as well.

The winners on Wednesday will meet for the A Conference title this Sunday afternoon at Caves Valley.

“It seemed like in every match a different pairing came through for us,” he said. “We had great leadership all season.

“To win in the MIAA playoffs, all six players have to contribute. The format really necessitates that everyone plays well and supports their teammates.”

Coach Mike Wallace and the Gilman Greyhounds produced another solid regular season, with losses only to St. Paul’s and Calvert Hall and a tie with the Crusaders on opening day.

“We’ve been on a terrific journey this season and have learned quite a bit together along the way,” Wallace states. “To that end, every remaining team still has an opportunity to collide with something special, thus we’re certainly looking forward to participating in the exciting conclusion that playoffs week will inevitably bring.”

Loyola will visit Elkridge on Wednesday, as the Dons look to return to the title match for the first time since 2019.

“I’m thrilled with how our young team played this year,” says Loyola head coach Mike Messina. “Overall, we played well all season, and really bonded as a team.”

Looking ahead to what his Dons face this week, Messina added, “In the playoffs, we certainly need to play smart golf in order to give us our best opportunity to beat the best of the best in the MIAA.”

Calvert Hall completes the playoff foursome in the A Conference, as the Cardinals will get another crack at the St. Paul’s team that beat them twice in the regular season.

“We actually played our best golf of the season, score wise, at BCC on April 13 when we lost to St. Paul’s,” says head coach Drew Forrester. “So in that regard, we have some good vibes heading into Wednesday. We love the golf course and we’ve played it well in the past.”

At 6-6 in the regular season, the Cardinals are clearly the underdog of the playoff group, but that, Forrester says, isn’t a major issue.

“Everyone’s record is 0-0 now, obviously. All you need to do is put together a quick 2-game winning streak and you’re the champion. We’re probably the one team that can free wheel it a bit on Wednesday because we don’t really have anything to lose. No one expects us to be at Caves on Sunday. We’re hoping to surprise some people.”

Following this Sunday’s A Conference title match at Caves Valley, the MIAA Individual Championship will take place next Monday (May 16) and Wednesday (May 18) at Eagle’s Nest CC. Lorenzo Sanz of Calvert Hall is the defending champion of the 36 hole stroke play event.

Pictured above: Iconic Caves Valley is the site of Sunday’s MIAA A Conference golf championship match.