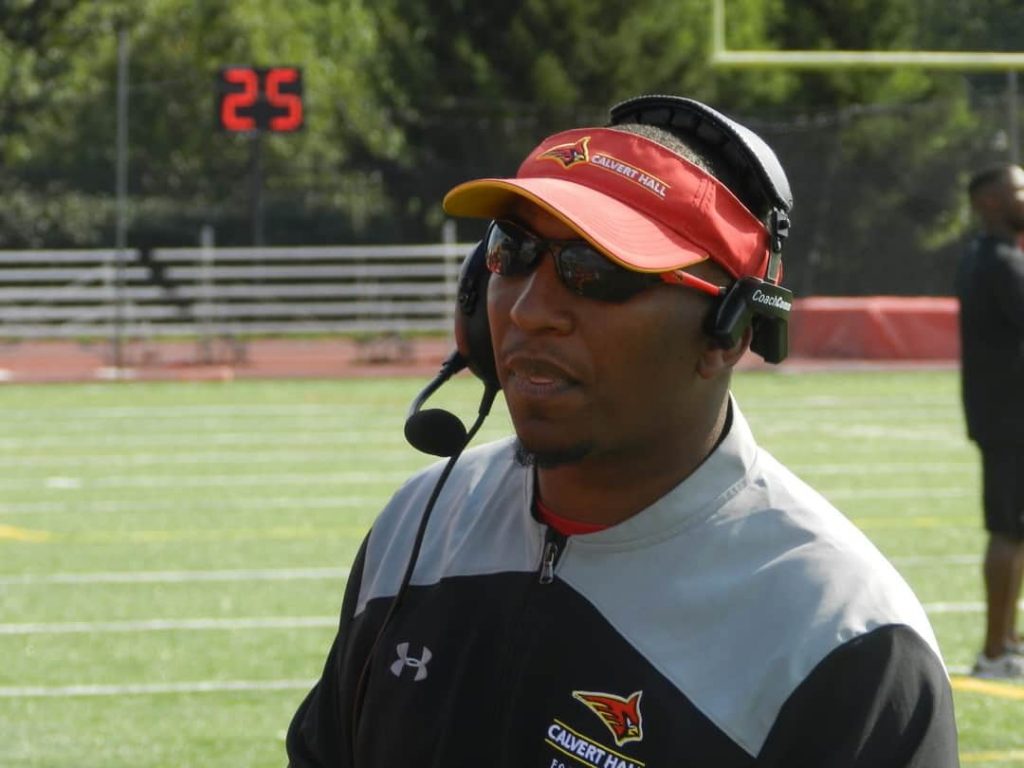 After stepping down at Calvert Hall College, Donald Davis is the new football coach at Sidwell Friends in the nation’s capital. Davis resigned as The Hall coach May 7 after 13 seasons.

Donald Davis wasn’t sure what his next move was when he stepped down as Calvert Hall College football coach.

Now, he does. Davis has been named the new football coach at Sidwell Friends School in the District.

“Not only is Sidwell a tremendous school with elite academics, but they have a tremendous educational mission that interests me,” Davis said. “Everything from the individual development of students to the students’ in-depth understanding of their place and responsibility in society.

All of those things attracted me to the institution itself, and obviously I know what they would like to accomplish with our football program, and that’s exciting to me as well. I look forward to having the opportunity to build here.”

Davis sent shockwaves through the MIAA, Baltimore’s only – and largest – private league, resigning May 7 after 13 seasons at his alma-mater, Calvert Hall. The 1996 grad went 97-56 with a MIAA A championship (2010; finished No. 1 in Baltimore area and state media poll) and four postseason appearances.

His 97 wins are second in Hall history to the legendary Augie Miceli. Davis won 10 Turkey Bowl games against rival Loyola Blakefield, including a 33-10 decision in the 100th match last year at Johnny Unitas Stadium.

It would be Davis’ final game as Cardinals coach.

“I’m thankful for my time at Calvert Hall. I consider myself tremendously blessed to have been the shepherd of the program, but Calvert Hall played great football in eras before Donald Davis, and Calvert Hall will play great football after,” said Davis, who coached at now-defunct Cardinal Gibbons before returning to the Towson school. “That opportunity was tremendous and life altering. Both of my sons were educated there, so it will always hold value for me.

This [Sidwell] is a new opportunity for myself and my family. It’s an opportunity to make a difference in a different environment.”