Curley’s offense gets in gear 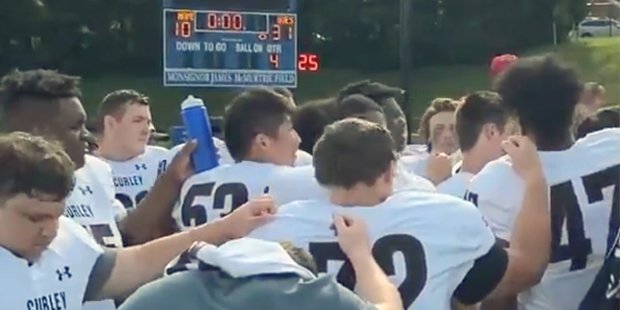 One week after struggling on the offensive side of the ball, in a 14-2 season opening loss to Concordia Prep, the Archbishop Curley football broke loose on Saturday, as they traveled to Arlington, Va. and earned a 31-10 over host Bishop O’Connell.

Sophomore Caron Madison rushed 14 times for 100 yards and two touchdowns and a two-point conversion run in the win, while sophomore quarterback Logan Nordeck connected with senior Jeremiah Lewis for a TD pass and Nordeck also rushed for a score. In addition, sophomore kicker Chris Pond added a 30-yard field goal in the victory.

Curley (1-1) also had a strong defensive effort, led by Lewis and junior Aron Rose who combined for 9 tackles and one interception each. Sophomore Malikai Nichols intercepted two passes, while sophomore Amari Gardner recovered a fumble caused by senior Will Urquia.