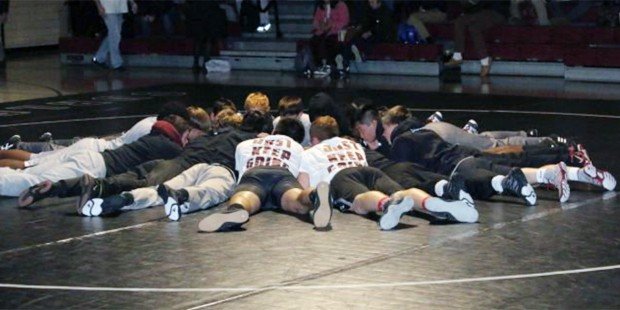 Parkville placed second and got an individual title from Prince Egbunine (195), while third place Glen Burnie had two champions in Mateo Savoy (170) and Anthony Bonilla (285).

Eastern Tech and Friends School each had two winners. Matt Haines (113) and Cameron Ziolkowski (145) won their weight classes for the Mavericks, while Zakiy Gasparovic (126) and Quinn Smith (132) each won for the Quakers. The event’s other individual winner was Makir Compton of Towson (160).

Friends School was give the event’s Sportsmanship Award.