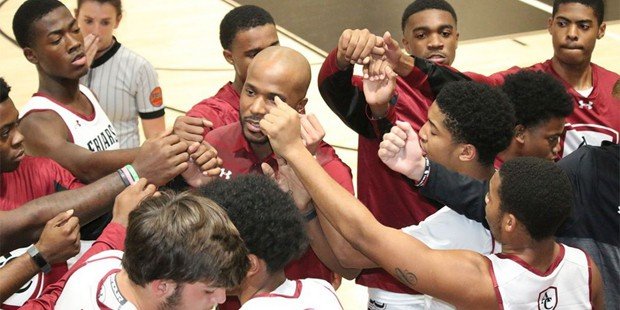 Johnson and Boykin combine for 46 to lead the Friars

Archbishop Curley remained undefeated in MIAA B Conference basketball action, Monday, as the Friars traveled to Annapolis and defeated St. Mary’s, 68-52. It was the fifth consecutive win for Curley and its eighth victory in its last nine games.

The Friars (13-4 overall, 4-0 MIAA B) received a game-high 26 points from senior Caleb Johnson, who had a pair of three-pointers and went 10-for-12 from the free throw line. Junior back-court mate Dinari Boykin was even more lethal from long range, sinking four three-pointers in a 20-point performance. In addition, Niyon Carroll and Josh Knapp combined for 14 points.

Curley shares first place in the B Conference with St. John’s Catholic Prep, who the Friars will host on Wednesday (6:45) in a battle for the outright conference lead. St. John’s (9-8 overall) defeated Indian Creek, 63-54, on Monday to also improve to 4-0 in league play.