Curley rallies in the seventh to win baseball opener 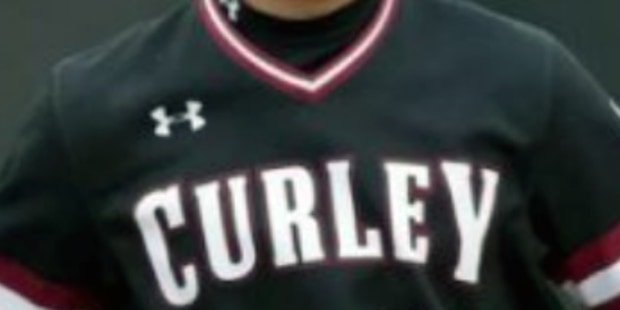 The Archbishop Curley baseball team entered the top of the seventh inning of its baseball season opener, Tuesday at St. John’s College in Washington, D.C., with just one hit and 14 strike outs, as the Friars trailed the host Cadets, 3-0.

The Friars, however, staged a five-run rally and pulled out a thrilling, 5-3 victory over one of the top teams in the D.C. metro area. The win was the first for new Curley head coach Joe Gaeta.

St. John’s certainly aided Curley’s final frame, as Cadet pitchers walked the first four batters of the inning to get the Friars on the scoreboard. James Gladden then produced an RBI bunt single to bring Curley within one, still with no outs. A pop fly to shallow right field, off the bat of Kobe Davis turned into a sac fly when Tristan Schoendienst made a heads up base-running play and scored from third to tie the contest at 3-3.

The next batter struck out but Zach Gaeta re-loaded the bases with a two out walk, Curley’s fifth of the inning. That was followed by a two-run double off the bat of number nine hitter Tony Smith. Smith had two of Curley’s three hits in the contest and the pair of game-winning RBI’s.

At that point, the game was suspended by darkness and the Friars were declared the winners despite the fact that St. John’s did not get its final at bat.

Jake Michel made the start for Curley and pitched two innings, allowing a pair of runs on just one hit while striking out three. Travis Nale tossed the final four innings, allowing one run on three hits with six strikeouts. The two Curley pitchers did combine to allow seven walks.