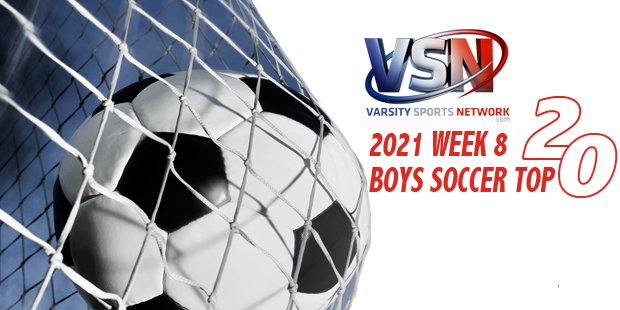 With several teams having completed their regular season schedules and everyone else slated to do so this week, the road for movement in the VSN Boys Soccer Week 8 Top 20 is narrowing.

One team which has been all over the poll this season, starting in the Top 5, falling out of the rankings completely and now working its way back into the Top 10 with a late season run in the MIAA A Conference is Archbishop Curley. The Friars jumped six spots this week from No. 13 to No. 7.

McDonogh School, Calvert Hall College, Broadneck and Severna Park held the top three positions this week, while John Carroll School rounds out the Top 5, moving up from No. 7 last week.

The lone new team in this week’s rankings is No. 20 Bel Air. The Bobcats closed their regular season with two straight wins, including a 1-0 victory over then-No. 19 Fallston.

Note: Jacob Murrell has scored 30 goals and McDonogh has won 12 in a row.

Note: Falcons’ only loss this year came to No. 3 Broadneck. Can they reverse result in the Anne Arundel County title game Monday?

Note: Young Patriots have arrived a year early, as they attempt to lock up the third seed in the MIAA A Conference.

Note: Admirals have outclassed MIAA B Conference so far this fall.

Note: Despite lopsided loss to Calvert Hall Friday, Saints are on cusp of qualifying for MIAA A playoffs.

Note: Since huge win over then-No. 1 Calvert Hall, Greyhounds have lost 3-of-4 and facing uphill challenge to earn MIAA A playoff spot.

Note: The Comets hope to reclaim early season success when they enter the Class 4A state postseason.