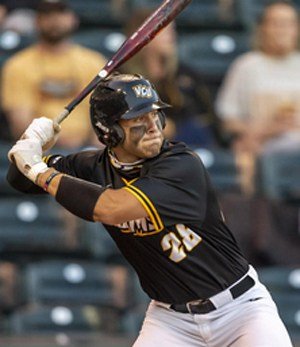 Archbishop Curley graduate Tyler Locklear, a key member of the Friars’ 2018 MIAA A Conference championship team, was drafted on Sunday evening by the Seattle Mariners in the second round of the 2022 MLB Draft, after three outstanding seasons at Virginia Commonwealth University.

At Curley he was three time All-MIAA selection and 2018 Under Armour All-American. He was rated 98th by MLB entering the draft, but was taken 40 slots higher by the Mariners with the 58th overall pick.