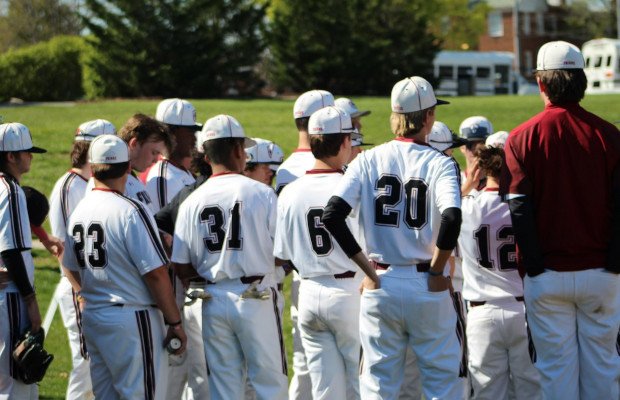 The MIAA A Conference double-elimination baseball tournament got underway on Friday and both home teams came away with wins, as 3rd-seeded Archbishop Curley blanked 6th-seeded Loyola, 5-0, and 4th-seeded John Carroll defeated 5th-seeded Gilman, 7-2.

In East Baltimore, the Friars sent act Ryan Edmonds to the mound and he delivered six innings of shutout ball, allowing just three hits while striking out 13 to get the win.
Curley slugger John Petryszak 2-for-3 with a home run and two RBI. Catcher Zach Gaeta was 3-for-4 with an RBI, while Harry Middlebrooks and James Gladden each contributed a pair of hits.

Curley broke a scoreless tie with a run in the bottom of the third and the Friars added two more in the fourth and two in the fifth.

At John Carroll, defending champion Gilman broke on top with two runs in the top of the third, but JC tied it in the home half of the inning and took the lead for good with a 3-run fourth. The Patriots also scored twice in the sixth.

Ethan Ruiz had two hits with a double and an RBI, while Griffin Shirk went 3-for-3 with three runs scored and two RBI. Shirk added a double, Matt Archibald had a triple and a RBI, and Frank Adamski drove home two runs.

Curley now advances to face Calvert Hall on Monday. The Friars swept the Cardinals in the regular season. John Carroll will visit top-ranked Archbishop Spalding, also on Monday, while Gilman will host Loyola in the first elimination game of the tournament.