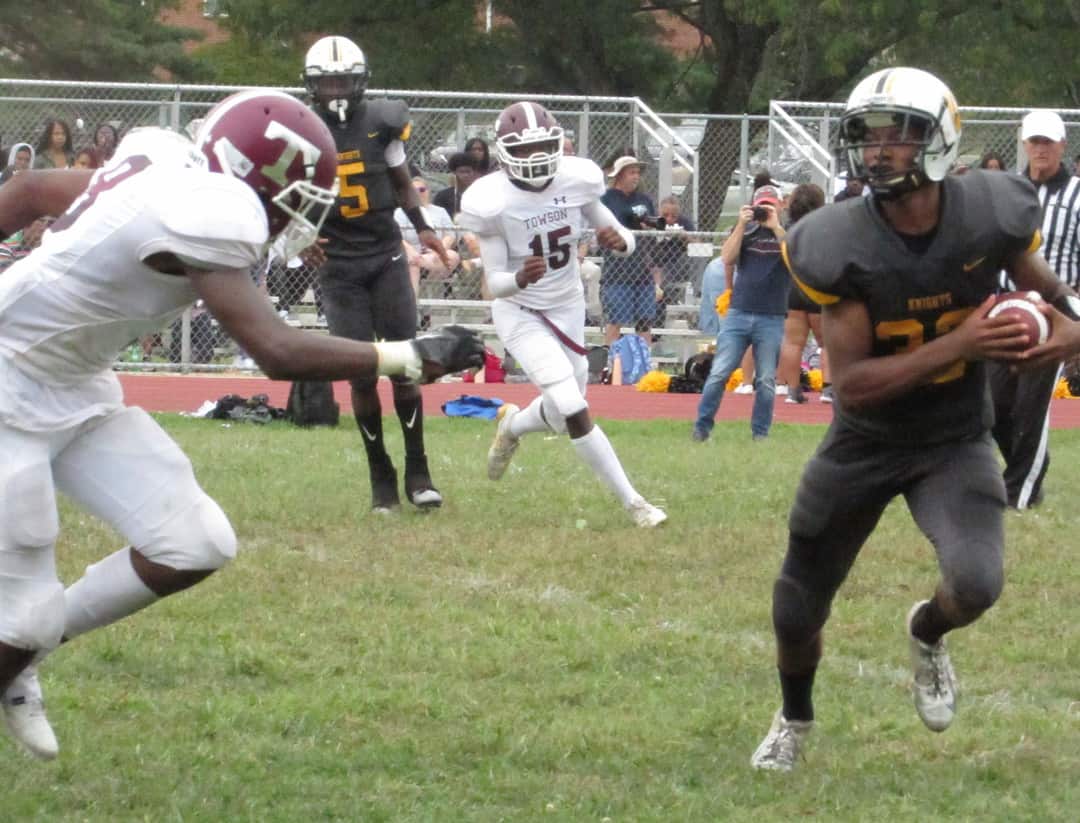 Parkville running back Noah Hambrick (right) is pursued by Towson’s Nick Grant during Saturday’s Baltimore County non-divisional football game. Hambrick had a touchdown and 2-point conversion, helping the Knights to a 26-0 victory over the Generals in Parkville’s home opener.

Culture has become as just as synonymous with football as tackles and touchdowns.

Justin Payne thinks he finally has it at Parkville High. The Knights defeated Towson, 26-0, in a Baltimore County non-divisional match on Putty Hill Avenue.

The Knights used several big plays and solid defense to secure their first 2-0 start since 2012. It was Parkville’s first shutout victory since 2017.

Payne believes his 2019 squad is special.

“This group is resilient..In the five years that I’ve been here, I haven’t been more pleased with a group of guys,” said Payne. “They work hard, they do what they’re told. They played for each other…and they’re humbled.”

“Parkville hasn’t had the chemistry that we got now. We’re disciplined and focused,” said Smith. “We might have fun at practice but we come in and put in the work…It’s only going to get better from here.”

Smith threw a pass to Timmons, who broke away from his defender and sprinted down the sidelines, giving Parkville a 12-0 lead early in the second quarter. The Smith-Timmons connection produced a long score in last weekend’s season-opening triumph at Aberdeen.

Towson (1-1) mounted a drive on its ensuing possession, but Parkville denied the Generals on 4th-and-goal from the 2. The Knights turned it into a 98-yard drive as Curbeam split through a hole on the right side and went untouched to the end zone.

“We just make plays,” said Curbeam, who rushed for 90 yards. “We got the athletes.”

Parkville stopped Towson on downs inside the Knights’ 15, but fumbled a few plays later. Sophomore linebacker Desmond Walker erased the mistake with an interception.

Two runs by sophomore Arriq Redd, including a 56-yarder, put the Knights at Towson’s 10. Wood covered the rest with two 5-yard runs, helping extended the lead to 26-0.

Payne said the Knights, led by three-year starter Smith, have full command of his triple-option offense.

“They know it, they’ve gotten stronger,” said Payne. “They trust each other.”

“If we put in it [touchdown], it makes it 12-7. We kind of hung our heads a little bit, then they broke the long run. That was the dagger,” said Pittillo. “They got athletes. They kept breaking big plays on us.”

Off to a promising start, Payne isn’t concerned about overconfidence. The Knights travel to Howard County for a non-league match against Hammond next weekend. 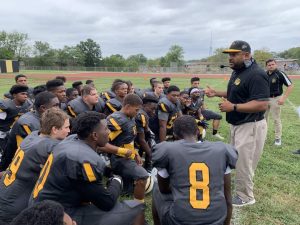 Parkville coach Justin Payne talks to his team after Saturday’s 26-0 victory over Towson in Baltimore County. The Knights are 2-0 for the first time since 2012.

“This team surprises me because of how resilient they are, I know I keep using that word (resilient), but that’s the only way I can describe the effort they give,” said Payne. “They’re a good group of kids.” 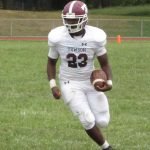 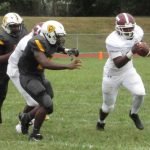 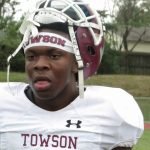 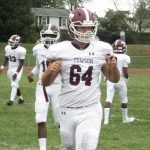 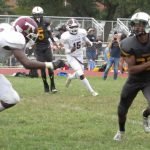 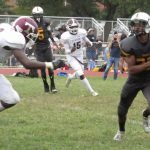 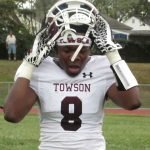 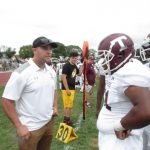 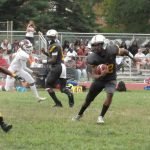 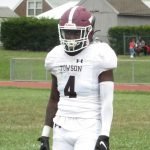 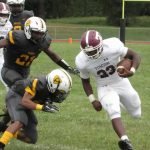 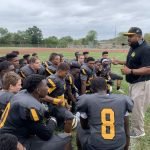 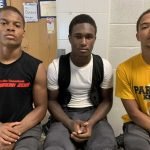