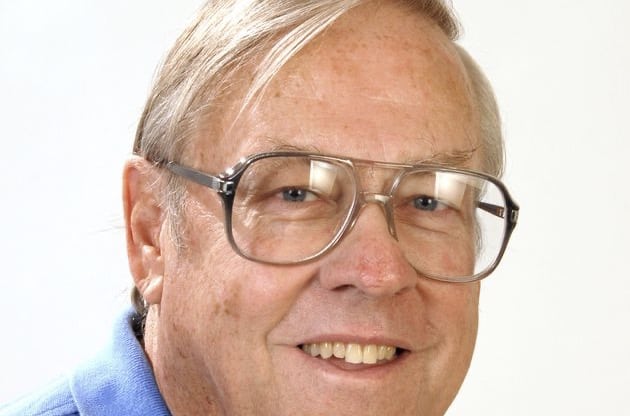 Fred Stauffer, who became a giant as an athletic director at the Anne Arundel County school, dies at 80

Fred Stauffer, one of the most respected and  influential athletic directors  in Anne Arunde County High School sports history has died due to complications caused by the Covid-19 pandemic. The 80-year old Stauffer, who was A.D. at Annapolis High school from 1971 to 1999, passed away Thursday afternoon at the Anne Arundel Medical Center.

He left a legacy of leadership, loyalty and commitment to Anne Arundel County high school sports, especially to  Annapolis High School. Nary a bad word, if any, was ever said about the man. The coaches and the students loved him.

It wasn’t long after retiring from Annapolis High in 1999 that Stauffer began having health problems that eventually led to his being confined to a wheelchair and two years ago to the Heritage Harbour Health Rehabilitation Center. Recently, moving to the Anne Arundel Medical Center, the Hanover, Pa. native, was placed on a ventilator and ultimately perished.

During his tenure as Annapolis A.D., Stauffer hired three of the county’s most successful male and colorful coaches in John Brady (basketball), the late Roy Brown (football) and Dan Hart (lacrosse) and managed the late great Big Al Laramore for a time. Laramore, a legendary basketball and football coach, who retired as the then county all-time winningiest football coach (154 wins), was talked into coaching boys lacrosse by Stauffer.

Laramore, who led the Panthers to a state football championship in 1978 at a time when Anne Arundel football teams were not winning them (was only the second), notched three Region titles in lacrosse before it became a state championship.

Brady became the state’s all-time winning coach before being passed following his retirement due to health problems. Brady was 772-173 (.816) in 39 seasons, 1st in the Baltimore Metro area and fourth in the state behind the all-time leader, the late DeMatha coach Morgan Wootten (1,274 in 46 seasons).

Brown led the Panthers to a state final and established the Panthers as one of the metro area’s top programs while Hart guided Annapolis to three state lacrosse crowns.

A reporter once asked Stauffer, how he was able to keep Laramore, Brady, Brown and Hart under control and he replied with a smile, “I didn’t have any problems because they knew I was the boss.”

Brady said that Stauffer treated his coaches with respect and support.

“Fred was very supportive of his coaches,” said Brady. “He was a good man who followed the rules and one of the best athletic directors that I know the others respected. From what I know, he had a lot of influence around the county with the coaches and A.D.’s.

“Fred was definitely one of the best and the kind of man you never forget.”

Upon retirement from the Cap City school, Stauffer remained a fixture at Panther athletic events, symbolic of his love and passion for the school. Seeing him at Annapolis games, all sports, boys and girls, became commonplace. Whenever he wasn’t there, especially at the big games, people would often ask, “Where’s Fred?”

And, someone would always have an answer because Fred Stauffer held the rare distinction of being arguably the school’s most beloved and most effective  leader of all tme.

Stauffer became chairman of the Annapolis Math Department soon after arriving at the school in 1963 after graduating  from Shippensburg State College. With his background in track and field from his high school days at Eichelberger High in Pa., Stauffer coached track and field at Annapolis for nearly a decade before succeeding Laramore as the Panther A.D. in 1971.

Stauffer’s wife of nearly 57 years, Colleen made her mark at Severna Park High as an instructor and arguably the best female PA announcer in the county. They made their home in Millersville.

A private burial will be held and a memorial service will be scheduled later.