Titans look to build on 2018 success 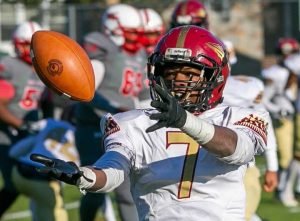 Overview: The Titans reached the 2A state semifinals, losing to Glenelg. The Owings Mills school may have the top player in the Baltimore County league in UMASS commit Gerrell Johnson, who also have junior defensive backs Darron and Darius Broach, senior running back Andre Stuckey, senior wide receiver Chris Maddox and senior linebacker/defensive end Nykolas Hutchinson back in the fold.

By a number: 9. Games last season New Town allowed a touchdown or less.