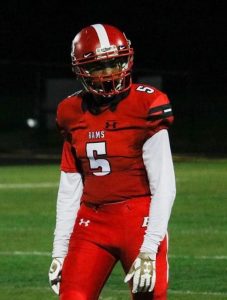 Edgewood will look to Keyon Brown to have a big 2019 campaign. The Rams won the UCBAC Chesapeake championship last season.

Most intriguing 2019 opponent: Elkton. The Elks reached the 2A state semifinals last season and finished second to Edgewood in the UCBAC Chesapeake. Elkton returns one of the region’s top running backs in senior Tayshawn Watters.