Coming off its first postseason appearance in more than a decade, Long Reach won its bracket at the Ravens 7-on-7 Passing Jamboree earlier in the summer. The Lightning tied for second-place in Howard County last fall.

Toughest 2017 opponent: Howard. The Lions have won the last two Howard County crowns and reached the 4A state semifinals last season (lost in 2015 state final). Ross Hannon takes over for Bruce Strunk (stepped down in January) and has 20 letterwinners back, including all-league running back Devin Dawkins and linebacker Ryan Kearney.

Most intriguing 2017 opponent: River Hill. The Hawks ended Long Reach’s season in the 3A East playoffs last season and set to return 23 letterwinners. The Clarksville school have back two of the league’s most versatile performers in Cooper McGeehan and Brendan McKenna.

The Heights holds off St. Frances, 8-6, for private school title 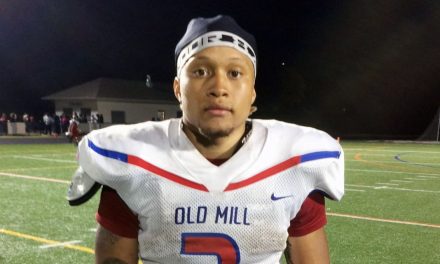