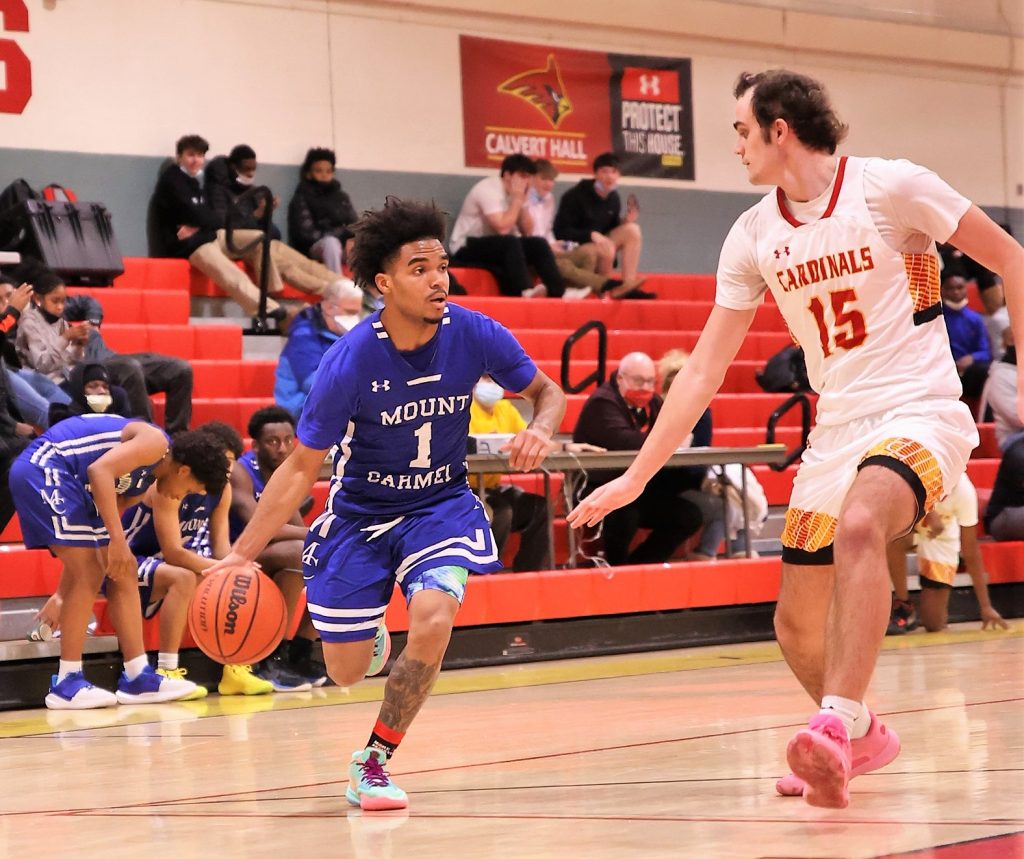 After a weekend tournament in Florida, Our Lady of Mount Carmel boys basketball was back in the “warm” confines of Baltimore Catholic League play Monday against Calvert Hall College.

The No. 3 Cougars posted a 63-51 over the Cardinals in Towson. Senior guard Deon Perry scored a game-high 27 points for Mount Carmel.

The Essex school pulled away in the second half, improving to 16-3 overall, and 6-2 in BCL play. Mount Carmel lost to nationally-ranked IMG Academy in the finals of IMG’s Ascender Classic Saturday.

The Cougars led 27-24 at halftime Monday, then Perry, who will play for Loyola University next season, took over. The senior guard scored 10 points as Mount Carmel outscored the Cardinals, 24-12, to extend the lead to 51-36.