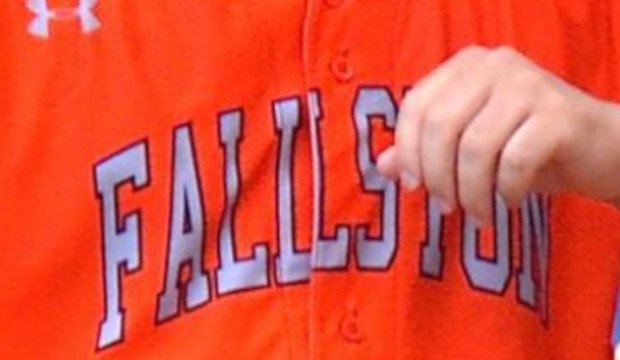 Fallston edges C. Milton Wright for its third win in as many days, with a walk-off victory

The weather this week has not been ideal for work on the diamond, but it seems to fit the Fallston baseball team just fine. On Thursday, the Cougars pulled off their third win in as many days, defeating UCBAC Chesapeake Division rival C. Milton Wright, at Fallston.

The visiting Mustangs got on the board first with two in the top of the secondnd with a couple hits and a Fallston error, but the Cougars answered in the bottom half of the inning, dropping a five spot highlighted by a 2-run double from shortstop Jason Foxx.

C. Milton Wright (3-2, 2-2 UCBAC Ches.) got one back in the third on a Thomas Cannavale single, which plated Jonathon Klein. Fallston, however, pushed the lead to 7-3 with two sacrifice flies in the bottom of the third.

The score remained the same into the sixth inning when C. Milton Wright plated two to cut the Cougars lead to 7-5. The Mustangs then tied the game in the top of the seventh before Fallston won it in the bottom of the inning.

Logan White led off the home half of the seventh with his third hit of the day and moved to second on a wild pitch. Braeden Rock followed with a walk and as the Cougars two on with no one outs put runners on 1st and 2nd with no outs and Jason Foxx at the plate. A passed ball. Both runners advanced into scoring position on a wild pitch and White raced home with the winning run on an errant throw to second.

White finished the day 3-for-4 with a walk, an RBI and two runs scored. Foxx reached base in all four of his at bats with a double, three walks and two RBI. Paul Kvech also added two RBI and Evan Elliott had two hits for the Cougars.

Fallston is now 3-1 overall and 3-0 in the UCBAC Chesapeake Division where it shares the early lead with North East, which is also off to a 3-0 start in league play. While they are on a roll, the Cougars will play for a fourth straight day when they host Harford Tech on Friday.