Monday the school announced that it has filled both both posts, as Frederica Newman has been appointed as the school’s new athletic director and Joseph Battaglia has been hired to lead the football program. 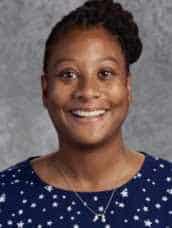 Newman has worked in local high school athletics and as an educator since 2007, most recently serving as the athletic director at the Institute of Notre Dame, which announced in the spring that it was closing its doors.

She had worked at IND since 2018 where she also coached the varsity lacrosse team. In 2007 she became an assistant basketball and lacrosse coach at Bryn Mawr School and stayed there until accepting a full-time teaching position at St. Vincent Pallotti High School in Laurel in 2013. At Pallotti she served as the defensive coordinator of the girls’ lacrosse team and, in 2015, she began serving the assistant athletic director, while continuing teach and coach lacrosse.

Battaglia comes to Concordia after an extensive coaching career in the college football ranks, most recently at the Naval Academy, as the program’s Defensive Quality Control Analyst.

In 2019, Navy had one of the greatest seasons in school history, going 11-2 and winning the Commander-In-Chief Trophy, earning a share of the American Athletic Conference West Division title and winning the Liberty Bowl. The Midshipmen’s defense played a major role in their success.